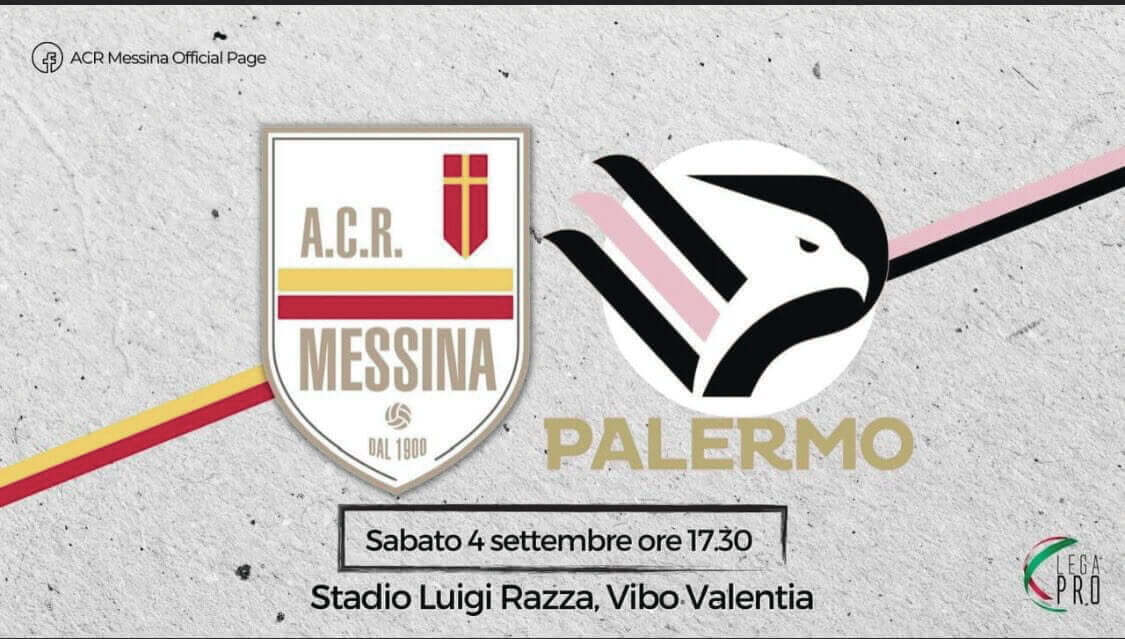 The Sicilian derby between ACR Messina vs Palermo changes time: the match will be played on Saturday 4th September at 17.30. Initially, the match was scheduled for the evening, at 8.30 pm on September 4th. The Lega Pro announced it, with an official press release on its website.

The match, valid for the second day of the championship, will not be played in Messina. The Franco Scoglio Stadium, in fact, is unavailable and the match will be played on a neutral field, at Luigi Razza in Vibo Valentia.

The League, also in the ratification of the agreements between the companies concerned, as amended by the Com. Uff. 3 / DIV of 08.17.2021, has made the following changes for the under-noted tenders:

This site uses functional cookies and external scripts to improve your experience.

Add EuroPAfs to your HomeScreen!

NOTE: These settings will only apply to the browser and device you are currently using.