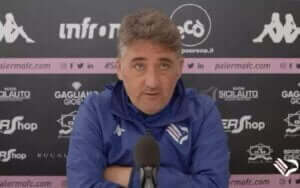 The match Palermo Teramo will be directed by Eduart Pashuku from the Albano Laziale section assisted by the assistants Khaled Bahri from Sassari and Simone Piazzini from Prato, fourth official Michele Delrio from Reggio Emilia.

The match between Palermo Teramo will be the 64th match for the referee in Serie C, the 20th in group C. For Pashuku also three direct matches in the Italian Serie C Cup. The referee has so far drawn 242 yellow cards and 9 reds.

The whistle will direct a match for the rosanero for the first time, while it will be the fifth meeting with the Abruzzo. Under the direction of the referee from Albano Laziale, Teramo scored two defeats, two draws, and only one victory. 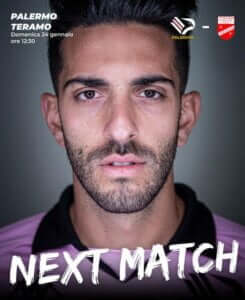 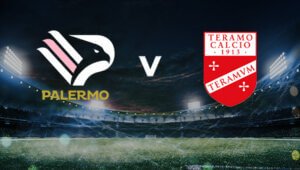 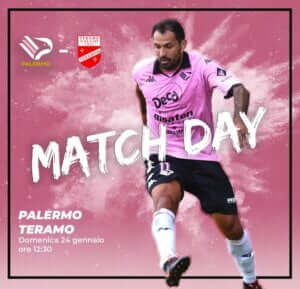 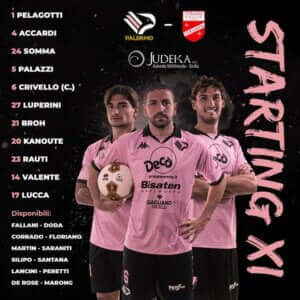 “Personality and nastiness? These are aspects that one has inside and carries them over the course of a career. I’m not saying you can train, but something can always be done. These are very important aspects and we need to work on them: every player must be good at bringing out what he has inside and we must be good at helping them, understanding which strings to touch. We know that these guys are inside, but we must always bring them out.

The problem is not the form, the team produces the game and the opportunities we create: surely we deserved to score a few more goals. We have a lot of confidence in our men. Change module to produce more? It’s not easy. In any case, we have found the balance: the module has nothing to do with it in my opinion. It can be everything and the opposite of everything. I have reviewed and dissected the games and have not seen major imbalances in the game.

We have always talked to managers, not just now. We have always confronted each other. I don’t feel reassured by the moves of the company: I know people and I know how they work. We will talk with De Rose and see what he can give us, certainly an experienced player will come.

I expect a better second round. And not only in terms of results but also in terms of balance and desire. I asked the boys not to accept defeat: at most, you accept the result at the end of the game after you have given everything. Maybe this mental component hasn’t entered it yet. When we lose we must be in mourning. The boys have to feel bad when they lose, as I feel bad.

We are doing the path, but we must not rest on the path. We want to be protagonists, not just play. None of us should think that we have two years of time and therefore everything is ok: we must go out on the pitch with the desire to give more and more and get higher in the standings. Bari and Ternana are far away, but we have to enter that grid of teams that will play for the final victory.

I think the defeat with Virtus Francavilla will influence my choices: last Sunday’s attitude must weigh a lot; we need to reflect on how we played; it cannot be tolerated. We wasted a lot last Sunday. Last Sunday’s match should not be forgotten: it should be taken as an example to never repeat it again.

It doesn’t seem to me that the teams in front of us have outclassed us (except Foggia and Avellino). We can see it in different ways, but it is something that does not change much in the second round. You have to play with blood in your eyes, without alibis. The team must follow its path, but this year too we must achieve our goal.

Rauti first striker? In reality, even from second striker he alternates and ends up in the center of the attack; maybe he works less well there because he is still young and a bit exuberant, but he can certainly do well.

Palermo Teramo, I expect a strong and angry team. They collected far less than they deserved. He has two suspensions, but many other good players. I expect an organized team and a tough match. The consequences of Covid? We have been hit hard, there has been dross, but a long time has gone by now: this can no longer be an alibi.