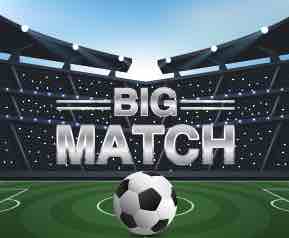 The Italian Referees Association announces the designations for the first midweek round of the new year, relating to the Lega Pro tournament. The big match Palermo-Ternana match was assigned to Mr. Paride Tremolada from Monza.

Palermo vs Ternana
Big Match scheduled on Wedensday at 15.00

The Mr. R.Boscaglia Conference before the big match:

“I have to ensure that the team works with passion and concentration, the path has taken so far does not satisfy either me or the fans. We are trying to do our best, there is too much talk which can sometimes have a negative effect on some players. We have to make sure that this fails, it is done through the results and therefore I have to work with the team to get the best.

Terni? The team that will give the most guarantees will play and there will be no predetermined rotation, we have to prove that we are a team on the piece that is working hard despite the many chatters. We must try to reset them to go on with our path “.

“Lucarelli is a friend of mine and an exquisite person, but he said some inaccurate things mostly to please me. Tomorrow we have a good battle against an important team that currently commands the table, we needed a match like that, it’s a big match. Football is also numbers and statistics, it is having the opportunity to dispel the taboos that characterized us in the first round, that is not having won against the teams that precede us. We are a team that wants to grow a lot despite the difficulties, we are serious professionals who have shown it and are doing it. Problems are not solved overnight with the magic wand, it takes time “ 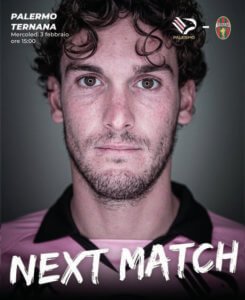 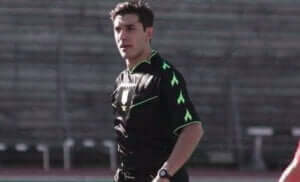 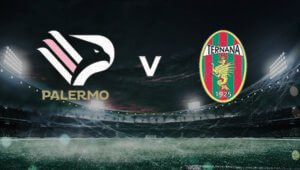 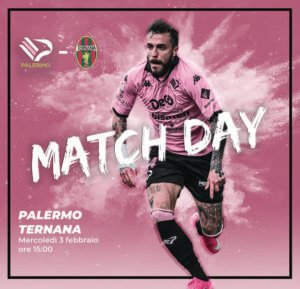 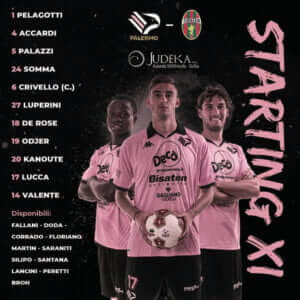 “Ternana? I remember that we left Terni unhappy because we had the opportunity to win it. They have a mentality with experienced and quality players, they started well and we are talking about a team that knows what it wants. You have to face it with the right courage to be able to achieve a great result for this big match”.

“We are in an intermediate phase and we are looking for the best squares and to bring out the best. It takes continuity to maintain a certain type of mentality. Refusal of defeat? We must have it inside and we must feel bad when we lose, we must only accept it. when the referee blows the whistle to end the match. You have to do your utmost not to lose and indeed to win, then you can also take off your hat in front of your superior opponents.

We are in a phase of work in progress. Almici and Marconi? Better. Alberto is down in the group and is doing almost everything with us but he will not be called up tomorrow, Marconi is a few days late after an important injury and from Thursday he too will be back in the group. Almici is slightly ahead of Marconi. “

“Market, have there been no requests? I don’t want to answer this question because I don’t want to talk about the market. When I came here I knew the company’s plans, we are talking about long-term projects and you can’t have everything now and immediately.

“Saraniti? He is a player of Palermo in all respects, we consider him an important player and a starter of the team. A player that we have to meet in the next matches, I know nothing about the fact that he could have left. I expect a lot from him. , but not only by Andrea; he is a player like everyone else and will be used as the others.

“There is great confidence and the players know it, we must all give more starting with me. In the end, we will understand if we will be a fifth or tenth place team, I have great faith in these players who have not yet given what they really have they can give and this also depends on us. We are halfway through the season I would not like to remember our problems yet otherwise it seems that we always want to look for alibis. We are waiting for what will happen at the end of the season, taking players during the January transfer market was not very easy “.

“We have to think that playing in Palermo is not like a player in Bisceglie or Viterbo, with all due respect. Playing without an audience is not easy, there are players who have to work to have a constant performance. It is not an important result that can make us competitions. A qualitative leap, this team has a lot of room for improvement. It is clear that a string of positive results or winning against great teams can increase self-esteem, the thing that interests me most is that the boys absorb these improvements. “

“Ternana? I don’t underestimate anyone because when you go out on the pitch you always have to do your best, I couldn’t afford to do it. The point is that we must understand that this is a team that must and can improve from every point of view. Players who play In all teams there will be players who will play more and others less, I have to try to get the most out of them whether they play one minute or 96. Nobody told me to be unhappy and I don’t believe these rumors, if they have stayed here it means that they are happy to stay in Palermo “.