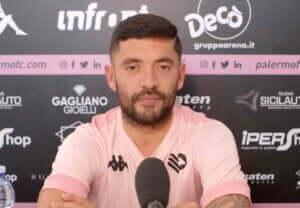 Potenza vs Palermo 2nd round,
an away challenge for the rosanero!

Saturday 30 January at 12:30, Palermo is engaged in an away challenge against the Potenza. Just in view of the Potenza vs Palermo match, the referee of the match was announced.

Luca Zufferli from the Udine section will direct the race. The whistle will be assisted by assistants Giuseppe Di Giacinto from Teramo and Giulio Basile from Chieti. Fourth official Francesco Carrione.

Potenza vs Palermo
25th Day Scheduled on Saturday at 12.30 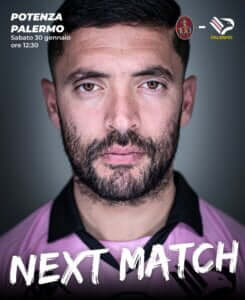 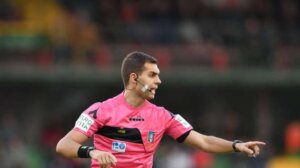 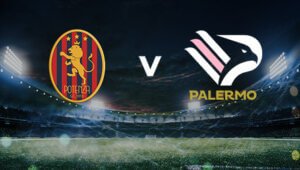 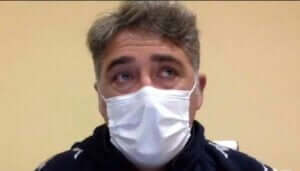 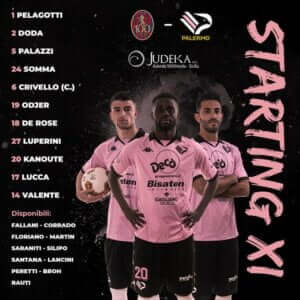 The R.Boscaglia Conference before this away challenge:

“We worked on the ground. With Potenza it is a difficult away challenge, I expect what we did in the last 60 minutes of the match against Teramo. I want an aggressive team that wants the result. We have to be good at conceding little to our opponents, it won’t be easy.

Mistakes are corrected with work. Before Francavilla we had conceded only one goal. Let’s say that the team had found an important set-up. Sunday’s goal is an individual mistake: we had to escape and we didn’t. We too have had such occasions. We need to work on preventive closures. De Rose? He is an important player in the category, he knows how to build and forbid. He brings us an extra rate of experience.

The championship is difficult. Surely we too have some limits that we have to overcome with work; from this point of view we must improve. There are gaps that we have, of concentration and attention. With the “small” teams we are unable to express ourselves at our best.

Missed chances in attack? We are a newly developed team. We had to deal with many problems. We need to understand what the best balance is. We must attack with many men and defend with order, we are working on it. The team is built to play and to have the ball in hand.

I hear too much useless chatter in the air. The team is designed to play, to limit the opponent’s counterattacks and defend in the open field. There are times when you have to defend in your own half, but it also depends on the opponents. We need to find the balance we have had for so many games. We have to go back to being those of a few weeks ago. Capuano? He is a friend, I know him well, he is a very good coach. I expect an organized team and will be able to play a great match.

Crivello can take the field. Market? I don’t have to talk about these things, I train the team that the club makes available to me. With the club we are one voice, we have had comparisons. We will see what can happen in these days. Should we remain like this, I will work with this team without problems. Today we are in ninth place, at the end of the year we will see where we will be. Our goal is to aim for other positions to play our cards.

De Rose integrated very well. He is available, there is a great chance that he will play. Injured? We have not recovered anyone. Marconi and Almici are close to returning. We lose Accardi compared to Sunday but Odjer returns. Saranites? You have to ask him. Players should pay more attention to social media; in general, I do not speak of Saranites.

Difficulty in finalizing? It is often a situation that resolves itself. I have seen many over the years. But we are working on it. The time will come when we will unlock ourselves also for this away challenge”.

Twenty-two rosanero players have been called up by coach Roberto Boscaglia for the away challenge scheduled for Saturday at 12.30 at the “Alfredo Viviani” stadium.

PreviousHighlights Palermo Teramo 1-1, no resultsNextHighlights Potenza 0 - 0 Palermo, No results
Back to top