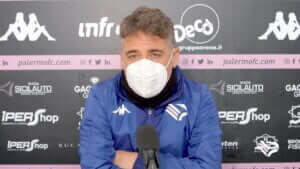 Waiting for the match
Palermo vs Turris, 6th of Lega Pro

Simone Galipo from Florence will be the referee of the match. The Tuscan whistle will be assisted by the fourth official Daniele Rutella of Enna. 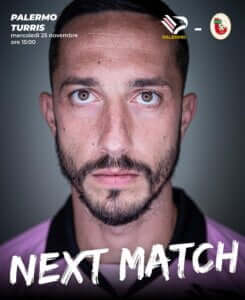 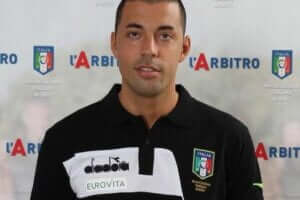 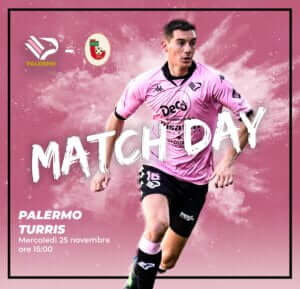 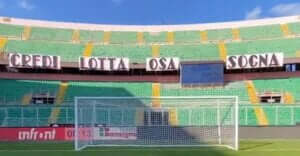 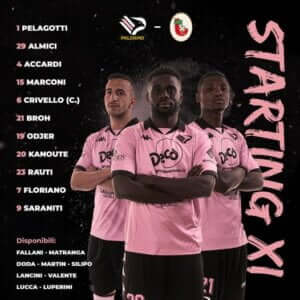 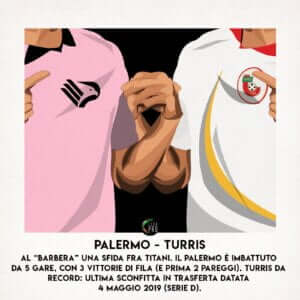 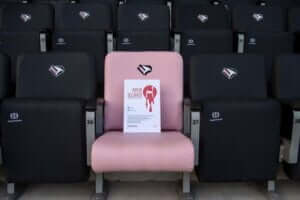 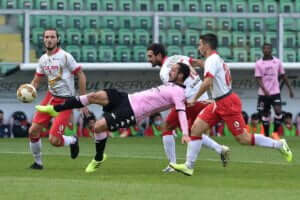 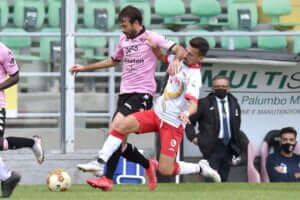 Palermo Fc has announced on its official website the men on which Boscaglia will be able to rely for the match on Wednesday at 15:00 against Turris. The Gelese coach will have 20 players available.

At the press conference, Mr. Boscaglia had already announced some of the absences from the match. Those who are missing will be missing because they have recovered from an injury: see Corrado, Palazzi, and Peretti. The others unavailable, Somma, Marong, and Santana, will not be there because they are not in full shape, due to their past positivity to the Coronavirus that has kept them away from the playing fields for a few weeks. Valente, on the other hand, has recovered.
THE LIST OF ROSANERO CALLED UP:

BOSCAGLIA: “WE PLAY AGAINST AN EXCELLENT TEAM BUT WE KNOW WE CAN PLAY OUR MATCH…”

“The Turris is a compact team, especially away from home, they have a lot of speed in attack. But that doesn’t matter, we have our goal in mind. The game is within our reach, knowing that we are playing against an excellent team, free with quality footballers “.

“Having alternatives, being able to change something even during the match by having quality players is too important to even in the middle of the field. We are complete forward.”

“They will not be in the squad, we are waiting for them but we are in a bit of an emergency in defense. But we are doing excellent things, even if I would like to always have everyone available. Tomorrow they will not be there but they are close to returning.”

“The week that should be a normality, an exception for us, aware that the tour de force is not over. We are not complete, some players are not one hundred percent. But we are ready.”

“He won’t be there for tomorrow, as a precaution because he’s almost healed. We hope to have him next game. Valente will be there.”

“Playing at home is important because it is an environment that you know, even the size of the pitch which in a balanced match can make the difference. One against is playing Francavilla on a small pitch, another at Barbera. Even without fans, playing at home always has its weight. “

“The matches are different from each other. We always go out on the pitch with the aim of achieving great performances but sometimes it can happen that we don’t win them.”

“We waiting for to have a look at our opponents but having our own mentality and our own way of being. That said, the opponent must not influence us: but if something changes on a tactical level, you must have a plan B.”

PreviousThe calendar offers a great chance for the R0saNer0!NextHighlights of unusual match Palermo 0 - 1 Turris
Back to top