The Boscaglia conference at 12 is break down

Home /News/The Boscaglia conference at 12 is break down 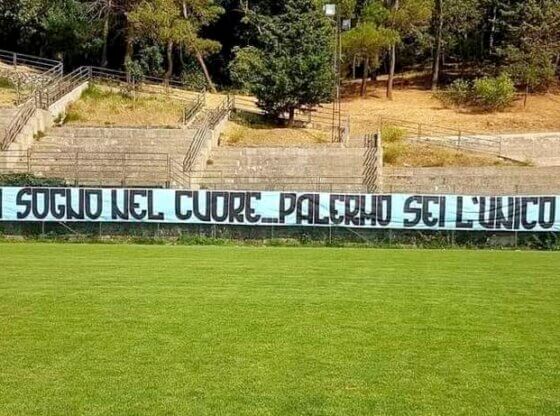 On Wednesday 11 November, the rosanero coach Roberto Boscaglia was to speak at the press conference at 12:00.

But Palermo announced today that Roberto Boscaglia’s
conference today is canceled.
The coach will have to undergo a new molecular swab.

In total, nineteen cardholders have contracted the Coronavirus in recent weeks. And when the emergency seemed over, seven of the recovered tested positive again. At the moment, awaiting the results of the new cycle of tampons, there are twelve players in isolation and, therefore, unavailable for the match against Juve Stabia, scheduled for tomorrow afternoon.

How many players will leave for Campania? The emergency, as we know, is not over yet, because Palermo has already undergone the buffer required by the protocol 48 hours after the match. And now awaits the results. Those destined to miss the trip to Castellammare are Lancini, Luperini, Marong, Santana, and Somma. For them, in fact, once negativized, it will be necessary to carry out medical examinations to obtain competitive fitness. The highs, on the other hand, had already passed the visits.

Some Primavera players will also be on the bench at the “Menti”.
Basically, however, to date, Palermo has only thirteen players available. Among the squads, there will be Broh, fresh from a round of disqualification, while Crivello will be available again for Sunday’s match against Paganese.

Palazzi will still grit his teeth, who played against Catania with a bandaged shoulder due to a problem remedied in the away match from Catanzaro.

A few moments ago the news concerning the recovery of 6 members, returned negative following the last round of tampons to which the team group underwent, as well as the protocol on the eve of the match against Juve Stabia.
The coach R. Boscaglia, who did not take part in the usual pre-race press conference this morning, was also negative.
This was communicated by the rosanero club itself through a note spread through its reference channels:

“Palermo announces that, following the last cycle of swabs carried out on Tuesday 10 November, 6 players previously blocked by health regulations are back available. Compared to the eleven who took the field in the last home game against Catania, the squad available for tomorrow’s match, 12 November, against Juve Stabia, therefore welcomes 6 new players plus Jeremie Broh who has returned from suspension. Coach Roberto Boscaglia will also leave with the group, while Nicola Valente will remain in Palermo, injured with a prognosis of 20 days “.