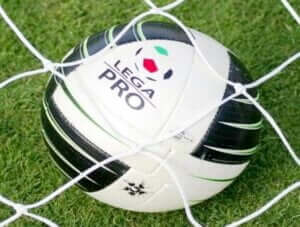 Serie C, the calendar offers a great chance to the Boscaglia team!

Only the leaders Ternana so far have won four games in a row, on Wednesday the RosaNero can continue their march and move up again in the standings.

The RosaNero in the last three outings have achieved as many successes and now they don’t want to stop at the best. On Wednesday afternoon they will face Turris at the “Renzo Barbera”, a difficult team but within reach, that could allow them to grab another three points and finish in a particular ranking.

A string of victories to put the troubles of the past behind you and see the noble areas of the ranking get even closer: the goal of the men from Boscaglia is within reach…
A goal within reach also for the thickness of the opponents, more affordable than at the beginning of the season. And if you take away Ternana, so far no team has collected three wins in a row or four, as Palermo now has the opportunity to do.

The men of Boscaglia, in fact, are the only ones together with the Ternana to have accumulated such a surge even though the Umbrians are ahead having won four. The play-off zone in cohabitation with Catania and Vibonese, cannot be enough for Palermo, which intends to climb the rankings.

A streak that would make it possible to partially recover from a bad start to the championship in which the team left heavy points that today, including Covid, are worth that ninth place in the standings with Catania and Vibonese, although the Calabrians have one more race to recover.
And today there will be the first challenge between Turris and the Sicilian formations: the Campanians go to Lentini to challenge the Etna and on Wednesday they will be on stage at the Barbera and symbolically it will be like closing a circle: from Turris, the outbreak began and before the Turris, it records the return to the negativity of the whole team.

The gap from first place is really important, but not even the Bari pursuers, namely Ternana and Teramo, managed to do better than Palermo. The RosaNero will not take the field in the afternoon (they should have played against Trapani) and will carefully observe the match of the next opponents of Turris who will be guests of Catania. The next goal, therefore, is the team from Campania, another victory to further relaunch their seasonal ambitions!

Interview with ALMICI:
“WE ARE PALERMO AND WE HAVE TO THINK ONLY TO WIN”

The last race was decided by two guys who had a difficult time, Silipo and Luperini. Now they have to recover the best condition. When you have these symptoms it is difficult to recover the best condition right away.
“Margins of improvement? Certainly. I only did a week of training with the full team.
I am convinced that difficulties can be overcome with work. I came with the right mindset. I hope I brought that something to help the team. I never thought “who made me do it”. Also because I’m in Palermo and I think I have strong teammates ».

So, from now till the following 2 weeks, the Serie C – Lega Pro Calendar, offers a great chance to the Palermo Football Club, From Wednesday, the squad must play fourth against Turris, ambitions need more wins to be released and to reach the important part of the ranking the playoff area.