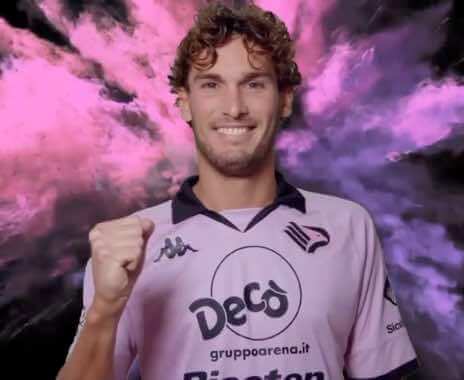 At the Barbera the challenge against Potenza is finally on stage, subject to two postponements compared to the original date set. The Palermo team has returned from four consecutive useful results, with two consecutive successes in the latest releases. A progressive evolution in terms of quality of performance, the process of assimilation of parameters and automatisms of Boscaglia’s football seems to be very well underway.

Cohesive and compact Potenza in the start, low center of gravity and high density in the middle of the field, exasperatingly short lines and systematic doubling on the lanes. Capuano knows the strength of the opponent and tries to dry up the sources of the game with a rather wait-and-see lineup. In the first quarter of an hour the rosanero team struggles to break through the Lucano tactical device, but at the 18th minute the first real goal ball arrives for the hosts: Broh triggers Floriano who flies on the left-handed track and crosses tense on the far post Kanoute in split arrives a moment late.

The visiting team is able to cover the pitch as best as possible with its granite 5-3-2, the attackers squeeze in high pressure on the rosanero central defensive players and the Capuano midfielders shorten with great aggression on Broh and Odjer, closing the lines passing and often forcing them to force play. Inactive balls, given the difficulty in creating dangers on maneuvered action, can become a precious resource to unlock the match: Almici’s corner cuts the small area and Kanoute fails to reiterate the net at the far post. During the setting, there is the absence of Martin, capable of conferring linearity, phosphorus, and geometric sense in the nerve area of ​​the field.

The difficulties in the construction phase can be seen from the first possession in the defensive ball round, in this perspective also weighs the forfeit of Palazzi in the heart of the rearguard able to guarantee quality and clarity at the source of the maneuver. The first forty-five minutes close at white nets without particular jolts.

Palermo significantly implements intensity and rhythm in the circulation of the ball to try to decompensate the compactness and lines of the 5-3-2 host. The defensive line raises the center of gravity considerably, Odjer and Broh sort the game more quickly, Almici pushes more vehemently on the right track overlapping Kanoute, the trident moves with a different attitude and dynamism than the first fraction behind Saraniti.

Luperini and Silipo take over Broh and Kanoute and Palermo packs two significant scoring balls in a matter of minutes: first Silipo converges from the right out and throws a left-footed turn deflected for a corner by the visiting goalkeeper, Saraniti coordinates beautifully on an assist from Floriano and touches the post with a left-footed shot that touches the post.

Odjer tries his luck from a distance and the ball touches the crossbar. Floriano crosses and finds the Almici tower on the opposite side, Saraniti’s gored misses the mark.
At the seventy minute, Floriano pocketed well for Saraniti, ready the shot of the rosanero attacker but the ball touches the post. The festival of opportunities at Rosanero continues: Floriano kicks with his right foot from the edge but Marcone is overcome once again saving the result. The goalkeeper of Potenza is in a competitive trance, on the next corner another feat on Lucca’s gore, just taken over from Rauti.

The game actually becomes a pink monologue, the Potenza accuses the fatigue but grits his teeth gathering in ten under the line of the ball to protect his goalkeeper. Luperini enters with the right time on Floriano’s filter, but the right foot does not scare Marcone. At 82 minutes, Marcone confirms himself as the absolute protagonist of the match: another extraordinary save on Odjer’s right-footed volley aimed at the bottom right corner of the Lucanian goalkeeper.

Potenza must surrender to the asphyxiating pressure exerted by Boscaglia’s team: Silipo steers and jumps the man onto the right track before putting in an arched cross that Luperini just has to push into the net. Advantage more than deserved at the height of a recovery in constant offensive projection in which Palermo literally dominated, creating at least 8 clear chances from the net.

The five minutes of injury time granted by the referee go by without problems and the team from Boscaglia wins the third consecutive victory.