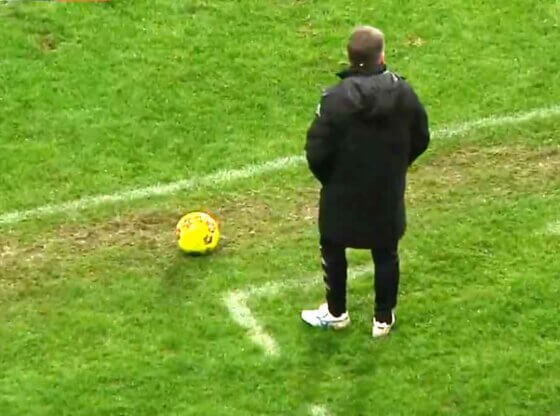 Treacherous transfer for Palermo to “Pino Zaccheria” against Foggia led by Marchionni.

After four minutes, the rosanero takes a big risk as Somma covers the ball on an oversized pitch and calls Pelagotti to the comfortable exit, D’Andrea perceives the impasse between the two and puts his foot in it, not hitting the mirror of the goal. Despite the dense rain and the physiologically heavy pitch, the turf shows a good grip and the start of the race is pleasant.

The two teams face each other openly with intensity and good rhythm, maneuvering in a linear and enveloping way without finding the illuminating flash in the finishing phase. The rosanero remain very tall, press the hosts on their offensive trocar, try to surprise them in amplitude with sudden changes in front aimed at triggering the extremes of the trident. The Boscaglia trademark is evident, possession and construction reasoned with the participation of all the staff in the setting, Broh, and Odjer to distribute, Luperini to bind and embellish, Saraniti to make counter and play on the bank for Floriano and Kanoute deputies to sink high on the lanes.

The high center of gravity and the tendency at times to lose distance and density cost dearly to the host team. Curcio phrases with Vitale who pits for the shot of D’Andrea, Boscaglia’s defensive line, without shielding, who runs away once again late and an Apulian advantage.

Rosanero’s reaction was not long in coming: Kanoute fanned from the right track and found Floriano at the far post, the former Rossonero’s serve stamped the upright, and Saraniti incredibly smoothed the ball of the possible immediate equal. This will remain the only concrete ring of Palermo in an offensive key for the entire first fraction. For the rest, the rosanero proposal unfolds with a laborious and constant approach, but the traces developed are quite scholastic and predictable, read and defused with ease by the 3-5-2 of the hosts.

Have a look of the photogallery

On the contrary, Boscaglia’s team continues to reach forward with the lines in an excessively reckless way, Palermo stretches and stretches too easily, failing to recompose balance and density in the non-possession phase. The umpteenth restart in an open field, or almost, of Foggia frees Rocca’s right from the limit that beats Pelagotti who signs the doubling of the ‘pugliesi’. Even in this circumstance, no filter and pressure from the midfielders, a bare defensive line, without anyone coming out to shorten the owner of the ball ready to kick.

Palermo swerves and even risks conceding the third goal with Vitale who arrives long in a split and fails a chance with an empty net. The first half ends with Foggia leading by two goals.

What an ugly Palermo! Boscaglia’s team loses on the Foggia field in the worst game of the season. The Rossoneri’s goals arrive in the first half, where the greatest chance for the squad comes with a post hit by Floriano. In the second half, Crivello and his teammates are unable to react and Marchionni’s men check without taking risks.

Pelagotti on a bad day, a disaster, goal conceded from outside the area
Palermo, what a flop in Foggia! The squads lose 2 – 0

A Palermo from hands in hair loses today 2-0 at Foggia home. After the gritty and encouraging performances of the last few matches, the rosanero took to the field today without conditions and with few ideas. The two goals arrived in the first part of the game with D’Andrea and Rocca for the hosts were decisive. Nothing dangerous in the Foggia area to report, apart from a Floriano post, for Boscaglia’s team. Here is the report of the race: