Highlights of a weird Palermo 3 – Viterbese 3 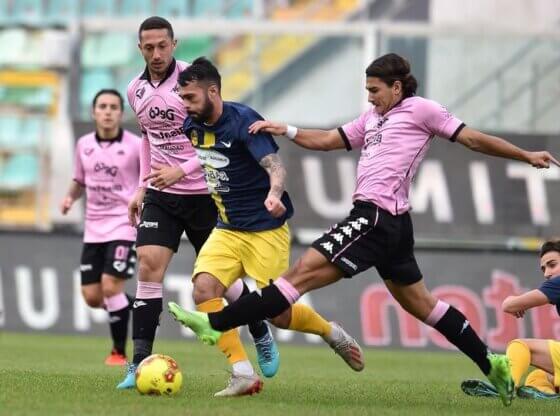 Highlights of A weird Palermo 3 – Viterbese 3

Against Viterbese it will be another game at Barbera behind closed doors, for this reason, the ultras of the Curva Nord Inferiore have decided to make their closeness felt through a banner posted in the gates of the Barbera.

Banners at Barbera: “We’re Palermo. Forward with pride and pride “

“Our support will never be lacking for anything in the world”, says the fans, who intend to push the squad towards another victory, despite the absence in the stands. In the curve, on the other hand, another banner appeared: “We are Palermo. Forward with pride and pride “.

The 4-2-3-1 coined in this case by the rosanero coach is composed as follows: Pelagotti between the posts, Almici and Crivello low external with Marconi and Accardi tandem of defensive centers. Odjer-Broh pair of midfielders, trident with a strong offensive vocation, with extreme Silipo and Kanoute and central attacking midfielder Rauti, in support of Saraniti.

Silipo calibrates a poisonous parabola with his left on an inactive ball and stamps the post-signing the first great chance of the match. Palermo tries to take control of the game immediately, Almici’s propulsive thrust on the right track remains a preponderant option in an offensive key, the former Hellas Verona forms an unprecedented tandem with Silipo deployed in the lane opposite to the strong foot.

The Roma school jewel cuts in and tries to pocket the area with the left-handed but the Lazio power stations read every trajectory and swallow every ball that passes their way. The Viterbese defends with order and remains very short and compact between the lines, however, the visiting team tries not to crush too much and to return to the rosanero half when possible.

Kanoute, unusually deployed to the left, often loses playing time and almost never manages to become dangerous. Palermo denotes marked territorial supremacy but fails to create substantial dangers, The interior tandem invents very little in the middle of the field, Rauti does not light up, as well as the colleagues of the trident, Saraniti always ends up being isolated and tight in the grip of the guest rearguard. An opaque first half ends with white nets.

The two teams return to the field with the same players who had started the match. At 47 ‘cross from Kanoute from the left, the defender pierces the intervention and the ball ends up on the left of Saraniti who was not expecting it at all. Free kick for Palermo on the opponent’s trocar, Almici takes charge of the service and kicks directly on Daga’s hands. Silipo’s long ball for Broh who serves Saraniti with the winger who subsequently misses the return pass.

Other protests from Palermo at 51 ‘; Kanoute’s cross towards the near post, the ball deflected by Baschirotto, with Ferrani conspicuously holding Sarantini but the referee doesn’t blow his whistle even this time. The rosanero striker was then booked for protests.

Palermo ahead. Lucca finds the 1-0 goal. The attacker slips away on the trocar widens for Almici who advances to the edge of the area, crosses and Lucca hits with his head, Daga rejects and on the counter, the quickest is the rosanero who bags with the right. Corner kick for the home team, Odjer turns for Saraniti who tries to enter the area, the ball ends up between Kanoute’s feet who touches the post. Cross by Bensaja from the trocar, Almici tries to follow Simonelli, who with a right insult Pelagotti and finds a draw.

At 68 ‘the Viterbese overturns it. Bensaja’s filter for Tounkara who burns Accardi and Crivello, the former Lazio striker is face to face with Pelagotti and brings his players forward 1-2. It remains down Almici who is forced to change, something serious is feared for him.

At 75 ‘Saraniti equalized. Corner kick for the rosanero, Viterbese sweeps it, Odjer raises it with his head, Lucca widens for Floriano who serves for Saraniti who bags. Viterbese still ahead at 81. Pelagotti’s free-kick from the left, Mbende jumps higher than everyone else and puts in bringing his team to 2-3.

Another goal for Palermo. Floriano serves Lucca who is forgotten by the home defense and finds equal in the 91 ‘.

This weird match ends with the result of 3-3.