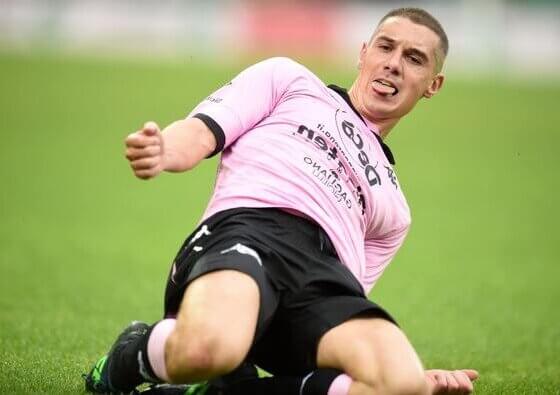 The Monopoli di Scienza team is a harmonious, brilliant and tendentially proactive team, but the rosanero team cannot allow itself any further missteps and must necessarily capitalize on the challenge against the difficult Apulian team if it wants to shorten the distance from the noble areas of the ranking.

The start of the match is shaken by a sensational naivety of the rosanero, a lightness of Somma forces Pelagotti to commit an irregularity: the back pass of the former Brescia center is very poorly measured, the former Empoli goalkeeper is forced to take the ball with your hands to avoid worse troubles. The subsequent punishment in two from the edge of the small area is kicked very badly by the host formation and Palermo avert the danger. The match is enjoyable and the two teams face each other openly without particular speculative alchemy in the non-possession phase. Floriano tests Menegatti’s reflexes twice and finds the visiting goalkeeper ready to intervene.

The Monopoly team shows itself to be saucy, bubbly, and maneuverable but it pays dearly for some excess of confidence in the dribble. When Palermo manages to break the formation of Science in the nerve area, it often finds the Apulian lines drawn out and already stretched out. This is why Boscaglia’s team verticalizes and finds depth with certain ease. Rauti sinks in the restart and creates a cross on which Floriano arrives with a long wheelbase, unable to coordinate properly.

The Turin school jewel earns the penalty kick that unlocks the match at minute twenty: Almici transforms with precision and coldness by beating Menegatti. Not even the time to cheer and metabolize the variations in a score that a great Palermo finds the goal of doubling: the corner kicked by Silipo is arched and with the right turns, Marconi’s header is imperious and winning. The rosanero manage the double advantage with ease, without running particular risks in the defensive phase, the first fraction, therefore, closes without further jolts.

At 31′ of 2nd half time there is another ‘GOAL PALERMO! SARANITI !!!
The rosanero break through on the right with Kanoute: backward pass for Saraniti, who controls, turns and bags with his left on the far post. A great Palermo that puts the game on ice.

The goals return, the three points return for the rosanero: after the knockout in the recovery of the championship, Palermo hits the victory against Monopoli. At the “Barbera” it ends 3-0, with goals from Almici and Marconi in the first half and Saraniti in the second half. The pinks risk only in the first few minutes due to an unfortunate back pass by Somma (and an adjoining indirect punishment for the Apulians) but then they rise to the chair and dominate. Almici unlocks it on a penalty, Marconi doubles his head. In the second half Saraniti closes the accounts after many opportunities created by the formation of Boscaglia.

It is the Palermo that they like, a team that does not offer football show but that prefers practicality and concreteness. Boscaglia was good at keeping his guard up and not depressing his team after the home defeat with Turris, this is also experience.

Three fundamental points, Palermo now looks ahead and thinks about Wednesday’s match against Viterbese, another match to be recovered that could allow the rosanero to make another leap in the standings.

Now we are waiting for the next match scheduled here