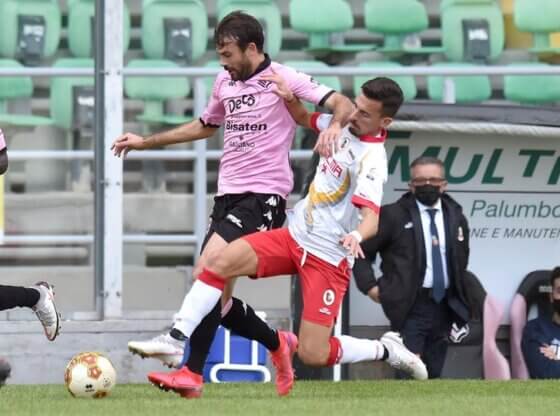 Palermo mocked at 94 ‘and out of the play-off rankin area.

The RosaNero stops. After three consecutive victories, the pinks lose at home to Turris. The first half saw Boscaglia’s men create good chances, like Saraniti’s post, but the guests defended themselves well. In the second half, Palermo no longer manages to be incisive in the goal area, Turris grows, and in the final mockery the pinks on the counterattack, scoring the decisive goal with Pandolfi.

Palermo fails to break down the Turris bunker who has not lost away for a year and a half and extends its incredible series. And indeed, in the final, the joke also arrives for Palermo who is surprised in full recovery by an amazing counterattack by Pandolfi who found the rear guard of Palermo unprepared where only Martin and Odjer were left because the defenders were looking for luck ahead.

Palermo would have deserved more, but there was no cynicism in front of the goal. There was not even luck with Saraniti’s sensational pole but the physical brilliance is declining, understandably if we want because despite the rest on Sunday the team is playing too many games in a few days. Palermo played consistently in the opposing half of the pitch but without the speed necessary to “move” the opposing defense.