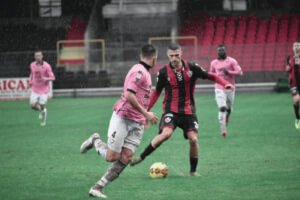 The Lega Pro Match Palermo/Foggia has postponed for Covid19 reason.

Too many cases of positivity at Covid at Foggia: in this regard, the Lega Pro has announced that the Rossoneri match at Palermo, valid for the 33rd day of group C, is postponed to a later date.

Event scheduled on Monday at 20.00

This is the full press release:

The Lega Pro, having taken note of the request presented by the Rossoneri club pursuant to point 4 of the Com. Uff. n. 54 / L of 6 October 2020, whose provisions have been issued to regulate the current phase following the epidemiological emergency, has ordered that the Palermo-Foggia match, valid for the 33rd day of the Serie C championship, group C and scheduled Monday 29 March at 9.00 pm was postponed to a date to be decided. In light of the above, the match, initially identified by the Lega and the national public communications operator for live free-to-air television broadcasting, will not be broadcast by Rai Sport.