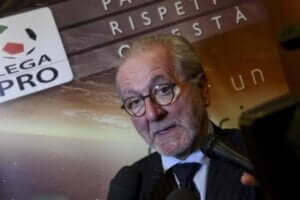 Through a press release, the Lega Pro announced that the match scheduled for Sunday 1 November at 15.00 between Palermo and Viterbese has been postponed.

Once again the line of the rosanero company was accepted, which asked for the meeting to be postponed due to the difficult situation linked to the cluster of infected in the team group. Among other things, in the past few hours, the news of an outbreak had arrived from Viterbo which involved the entire technical staff of the first team from Viterbo.

At the Rosanero home, the times for a week have already been marked by health emergencies and certainly not by technical ones. On 30 October, Friday, there will be a new round of tampons for the nine players whose positivity was found on the day of the match against Turris. If the outcome is negative, the players will have to regain medical fitness to take the field, with tests even more invasive than usual. The results, therefore, could arrive between 2 and 3 November, that is beyond the day of the race with the Viterbese.

2 November, therefore, the negative players of the first infected group could return to train. At that point, however, after two days the race is scheduled in Catanzaro, already postponed last Sunday and included in the calendar (a bit too early, in our opinion); there could be a sufficient number of players available but it must be considered that many will return to the field for training after 10 days of absolute stop.

Having acknowledged the documentary request duly presented by the Palermo company pursuant to point 2 of the “PROVISIONS OF LEGA PRO TENDERS – COVID-19 EMERGENCY” referred to in the Comm. n. 54 / L of 6 October 2020, considering the communication of the Provincial Health Authority – ASP Palermo Prot.n. 5253 / DP / F3 of 21 October 2020 in which it is highlighted “that there is a cluster of infected” in the Palermo sports team; having taken note of the mandatory stay in home isolation requirements for positive Covid-19 subjects set forth on October 26, u.s. by the Provincial Health Authority – ASP Palermo, therefore considering that, on the date scheduled for the next match, “fewer than 13 players will be available of the squad of the first team – including at least one goalkeeper – who tested negative for the SARS-CoV2 virus “, the League decides that the Palermo – Viterbese match, scheduled for Sunday 1 November 2020,” Renzo Barbera Stadium, Palermo, be postponed to a later date.