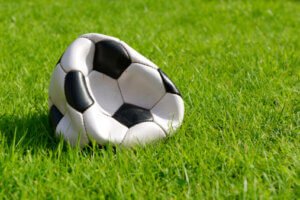 In the week of rest, without soccer,
could be bad for fans, but helpful for the team

In the week of rest, in which Palermo had to play the derby against Trapani (read why not to play), the club of Viale Del Fante moves to the Sports Center in Torretta: first envelopes are opened, there is also an offer of the Resuttana San Lorenzo.
Yesterday the local municipal leaders opened the envelopes for the assignment of the field identified and ‘courted’ by the Rosanero management. In the announcement, “in addition to the Mirri and Di Piazza clubs, the Asd Resuttana San Lorenzo, a militant club in the Promotion championship, participated in the announcement”.

In any case, the implant will not be available for six months. The field is in fact affected by work in progress for the project of adaptation to the legislation and construction of the synthetic turf surface.

A great example of sportsmanship achieved by the Potenza Soccer club. Despite the 1-0 away defeat, at the end of the match, the Lucanians cleaned the stadium’s changing rooms. Palermo, through its official Instagram profile, wrote: “Before leaving the Barbera, the Potenza staff asked us for a broom and shovel“.

The Rosso Blu soccer team then tidied up and cleaned the changing rooms, leaving them as they were before their arrival and hung a sheet, signed by the staff, in which they reaffirmed their intentions: “#NoiSiamoPotenza is not just a slogan, but a modus operandi. The spaces, the places that we use from time to time are our home: for this reason, in fact, these environments must be left in the same way they were found. It is customary for us to leave clean, without distinction of stadium or city or host team; not even the result affects us. Thanks to you for the welcome “.

The compliments of the Rosanero club were not long in coming:
“An honor to have hosted you. Thanks”.

In the meantime, the goalkeeper number 1 of Palermo told of the isolation of the team a few weeks ago due to the numerous cases of Coronavirus.

“I was one of the few who didn’t catch Covid-19. I was lucky enough to be able to train, the others were closed at home. We were closed on the bubble for about twenty days but in the end, the days passed quite well, we tried to keep our morale as high as possible. I tried to hear almost everyone on a daily basis. We went through some difficult moments, but this aspect allowed us to compact, we also saw it on the pitch where the results came “.

On the last meeting with Potenza, Pelagotti said: “We tried to play our game. The difference from the other games was that they were waiting behind us, all 11 were playing under the line of the ball. Finding spaces was not easy at first. Then little by little the energy for them was also failing and we were good at hitting at the end “.

The ranking, with only 12 points out of 9 games played, and for the Rosanero goalkeeper you can still aim for the victory of the group: “We don’t look at the rankings because we have to go on day by day. Our goal is to win game after game, then let’s see what happens.“

“I always thought the team was strong, we only had a few small difficulties. We paid for not having played the friendlies. Winning the championship remains a dream but we will try to give trouble until the end. My goal is to win, it’s not because Ternana has 27 points and us 12 something has changed. I am of the opinion that if we win them all to the end, the championship is ours “.