Foggia vs Palermo 14th Lega Pro. Hope for our results!

The match between Foggia vs Palermo scheduled for Sunday at 2 pm, the referee of the match is Luca Angelucci from the Foligno section will direct the race. The whistle will be assisted by Roberto Terenzio from Cosenza and Vincenzo Pedone from Reggio Calabria. Fourth official Fabio Natilla di Molfetta. 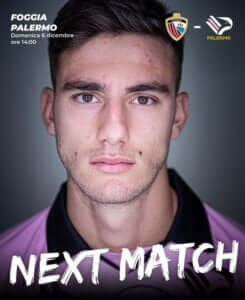 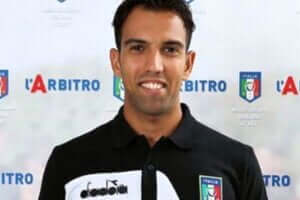 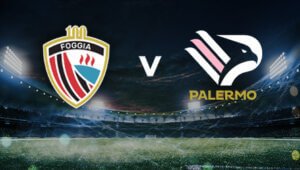 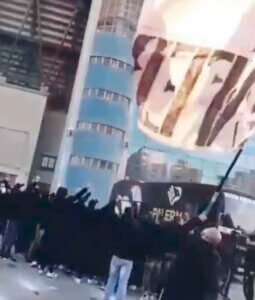 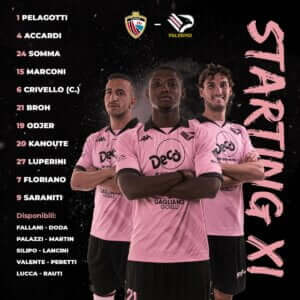 The Boscaglia’s Conference before Foggia vs Palermo (text):

“I didn’t stop to take stock and I don’t do it now either, this is a particular championship after everything we have suffered. The team is playing in a certain way and at certain rhythms. The away match in Foggia will be a tricky away match against a team. who plays well and I’m sure he’ll give us a hard time ”.

“Almici will undergo instrumental tests tomorrow with the hope that it will be less severe than it might seem. Rauti took a hit during the first half, he has some very small problems but he should be available. At least there will not be tomorrow clearly, but we can replace him in the best way.
However, we have players who are doing well and will be able to take his place. Alberto who has particular characteristics, but I’m sure that whoever plays in his place will do well ”.

“Lucca? He’s a 20-year-old boy, he’s at his first experience at a certain level. Maybe he saw some players cheering like that and he did, there is absolutely no controversy. Whether one starts from the beginning or enters the second half, they are all very important players. “

“Somma will not be able to replace Almici because he was born central, today there are players who can do that role better than Michele”.

“Words Mirri? I am not happy with the classification because it does not belong to us, I have recently worked with the whole team and we have always had a few too many problems. I don’t want to be repetitive but we have had many problems, I say that Palermo has to work to stay in the upper levels of the table, and since we have had the chance we have been trying. I am happy with how the team is working although I realize that we need to improve on certain aspects, you see the mistakes on the goals of Viterbese.

The team is doing what I ask of them, then there can be mistakes and we have to learn from there. I want to see the determination we had until the goal of the advantage against Viterbese, I don’t want to review a passive attitude we had after the advantage goal. We settled down as if we had already won, we need to be more aggressive and ferocious. The team knows they can do this, I would say they are still giving me great satisfaction. “

Send us your Rosanero Pictures

“Valente reinvented full-back? When he entered we were at a disadvantage and therefore the situation was different. On Sunday we will meet a team that wants to play the game and Valente is a tall winger, we will have other players who can play that role. Corrado? He will not be ours,”

We are awaiting developments and I’m sure he could join next week. Doda? Masimiliano is fine and we have seen that he has a good leg, he needs time and when it is possible we will put him on the field. After the match in Terni in the second, he had fatigue, and then he was put out by Covid, I would say that it is another weapon at our disposal “.

“Palermo away team? We are also used to maneuvering a lot since many teams are hiding behind, we know that we can play in both ways (maneuver or restart, ed). We will see it from week to week, this is a team that can do it all. The attempt on Gentile? An episode to condemn, a bad story about some I don’t want to dwell too much on.

These are episodes that can compact the team, even more, there is solidarity on our part to condemn this episode. Foggia will fight more for this too. Palermo-Foggia 1989? It was a very important year, but many years have passed and now we have to think about Sunday ”.

“Viterbese? Personality has nothing to do with it but aggression and the desire to achieve the result at all costs, sometimes we forget that there are also opponents on the pitch. The team has started to play again with great vehemence, we need to grow as a team and mentality that does not form in a few weeks.

You also have to take some beating to understand who you are and understand where you are going, we have to see the glass half full. In the last few games we have suffered the defeat against Turris and the draw against Viterbese, I am confident as the team is doing what we want. There are things to file both tactically and mentally “.

“In this team, there are no experiments and consequently I have not made any experiments with Broh and Odjer, we always go out on the pitch to win. We have five central midfielders and all of them play for places every Sunday, we must assess their physical condition and even the opponents. We also do it for the winger and not just for the midfielders. Kanoute playing on the other side can be an important player.

The evaluation that is done before the games are really painstaking, making the formation for me is the last of my problems. Going to choose between my players the difference is very minimal, I know I have a team that listens and knows how to do things. Then a change can determine, but this is one of the last things I think. “
These were the words from Palermo‘s Coach before Foggia vs Palermo

The Boscaglia conference before Foggia vs Palermo

Foggia vs Palermo event scheduled at 14.00

Share this:
Palermo FC will have its sports center in 2021.
Highlights Foggia Palermo 2 – 0 – A disaster, never again!