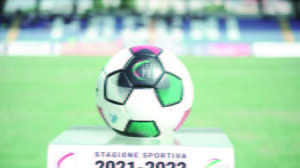 The Departure board of the C series playoffs is now complete (waiting for matches of the matches).
The regular season closes and the picture of each round of each group is defined, in addition to the framework of the teams that will debut in subsequent shifts.

In the round shifts he plays in the dry match in the house of the best classified (who pass in the event of a draw).

First round round (dried match // 1 May)

Second round round (dried match // 4 May)

Please note: couplings defined with draw; In bold the series heads series. * Renate head of series because it takes over to the winner of the Italian Serie C Cup

Semifinals and final are played and returned between 4 qualified by the second national round.
Couplings are defined with integral draw. In the event of a parity you go to additional and possibly to penalties. VAR will be used in the FINAL FOUR MATCHES

PreviousLega Pro Ranking 2021/22 - Serie CNextSerie C, the draw for the playoffs on the national stage