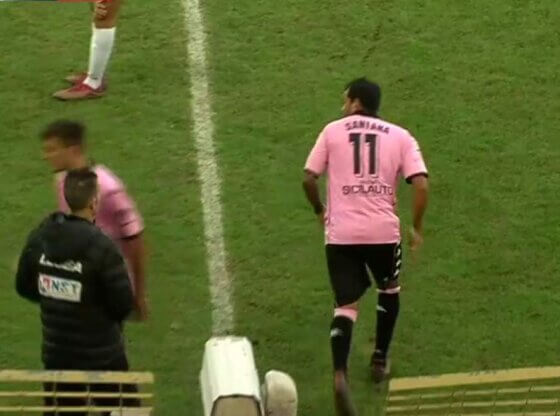 To decide the first fraction is the goal of Nicola Rauti who at 19 ‘puts an assist from Accardi behind the Campanian goalkeeper!

Palermo deservedly in the lead at the end of the first half against Casertana, thanks to Nicola Rauti’s goal. The rosanero started strong in this match, managing to close the Campania region in their half from the very first minutes, even though Casertana tried to hurt.

In the first minutes, Palermo had two chances with Accardi and Lucca, while the goal that unlocked the match came in the 19th minute with Rauti, good at delivering an assist from Accardi. In the rest of the match, Palermo tried to double, seeing a goal with Lucca canceled in the final of the first fraction, while the Campania region, in fact, never managed to become dangerous

Palermo lead 1-0 over Casertana after the first 45 minutes

In the second half, the changes begin and it is always Palermo to be dangerous, finding the double with Lorenzo Lucca, very good at hitting a cross from Valente with his head. Then, instead, in the final two expulsions arrive, one on each side: Marconi and Buschiazzo for an unwarranted nervousness given the great difference between the two teams

Palermo returns to success, overcoming Casertana 2-0, thus resuming the right path towards the playoffs. The match practically had no history with the rosanero too superior to the Campania.

The Photogallery of Palermo vs Casertana

Palermo started with the right attitude, that of the team injured after the knockout of Foggia and besieged the Casertana from the first minutes when first Accardi and then Lucca come close to the advantage. Who, however, arrives at 19 ‘with Rauti, good at depositing a cross from Accardi on the net. Those who expected a reaction from Casertana were disappointed, because Palermo continued to attack and saw two goals canceled, both for offside.

The match won by the rosanero without question. The only blemish is Marconi’s expulsion in the final: Santana returns to the field!