The referee of Palermo / Juve Stabia will be Cristian Cudini of Fermo. In the season, Cudini is at the first with the rosanero while he has already refereed the Campania region twice (and in both cases, the Vespas have won – against Vibonese and Potenza).

Cudini’s assistants are Luca Dicosta from Novara and Simone Teodori from Fermo. The fourth official will be Mr. Davide Di Marco from Ciampino. 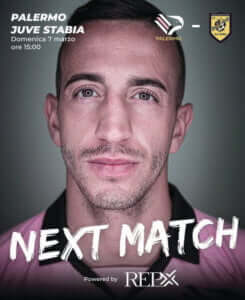 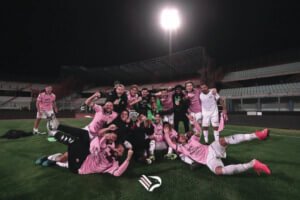 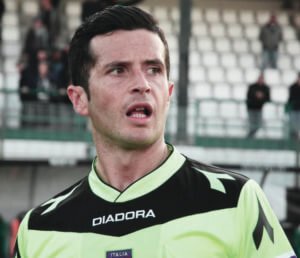 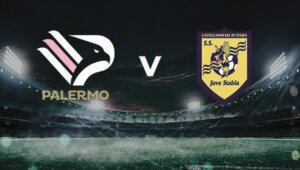 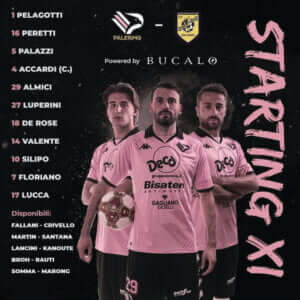 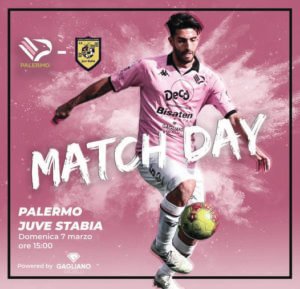 Giacomo Filippi’s press conference ends here on the eve of the championship match against Juve Stabia:

Palazzi gives us excellent thanks both behind and in the middle of the pitch. He trains well and we use him where he can serve us. Silipo? A talented young boy who is doing good things, he played very well in Catania and only time will prove him right. . The goal will also come for him, he has the qualities to write important pages in his career. In the second round, the most dangerous matches are against the teams on the right side of the table. All the opponents are tough, you have to face each match with the right attitude and the right determination.

The boys trained very well and therefore I am very confident. . Not giving continuity was our Achilles heel, the training thermometer gives me hope. We are working on concentration, now only time will prove us right. Lancini is recovered after a foot discomfort after Viterbo, he is an ‘ excellent solution for both the 2 and 3 defense; as soon as Odjer, Marconi, Doda, and Saraniti return I will have the whole team. So it will be even better because the competitiveness will rise exponentially.

Kanoute and Almici solved by themselves and together with the team in the post derby lunch. They apologized to the group and clarified realizing that they had exaggerated; they are two important players for us. Crivello? He overcame that little muscle problem and therefore is 100% available. Saraniti had a slight discomfort two days ago, he tried to be available against Juve Stabia but he won’t be there. He has an elongation in the calf and will be back next week.

Palermo / Juve Stabia? The Juve Stabia is an excellent team trained very well, he did a good transfer campaign that plays good football. Away from home it hurts a lot when he starts again and he has valid players in the middle of the pitch, we have prepared it in the right way knowing we are facing one of the strongest teams in the league.

The derby will not be the peak of this season. Our primary goal is to work with harmony and carefree always in the themes required by training. Something I see in everyone, especially those who are playing less. the component that we were missing so we focused a lot on this, I had said and continue to say that the team was and is well trained.

As evidenced by the challenge in Catania where we were forced to change form due to the many absentees, this means that ‘is a desire to deal with the guys who have been able to adapt perfectly. 3-5-2? In Catania, we didn’t play with this form but with a sort of 3-4-1-2 0 3-4-3, it’s it was a stretch. In the derby, my boys had more desire to win both in attitude and in determination and this meant that luck was on our side.

We closed the match in Catania and we threw ourselves on Juve Stabia, we want to make ours. This match. Goals? We haven’t established them, we have to think game after game and then draw conclusions. Santana? Mario is not only the character of the day but of Palermo for the role he has lived in the history of the club. It is always a point to our strength, it will be up to us to manage him in the best way.

Tomorrow he could play from the beginning how to enter during construction, we have many cards at our disposal to hurt Juve Stabia.