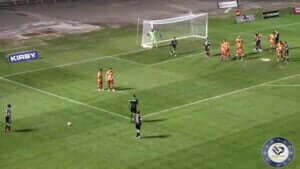 Palermo is suffering and is unable to find their first league victory, but avoid at least one more defeat.
Against Catanzaro, it ends 1-1, Evacuo’s goal from the spot at 74 ′ (questionable penalty), and the goal from Almici’s free-kick was decisive.

So, on the expiration, the rosanero managed to bring home a point in nine against eleven with the punishment of Almici that after being deflected it bagged itself in the net. Palermo thus finds its second point in the standings and now looks to the derby against Catania scheduled for Monday.

In the challenge, the squads remained in 9 due to the expulsions of Broh, at 48 ‘due to a double yellow, and Crivello at 72’, on the occasion of the foul that caused the penalty kick in favor of the Calabrians.

Pelagotti performs a miracle on Evacuo’s close conclusion and thanks Di Massimo for the gift. He can’t do anything about the penalty and in the second half he has to do little or nothing.

So heavy will be the absences for Palermo in the derby against Catania scheduled for Monday 9 November. Boscaglia, therefore, will have to solve other problems to better face the Etna area. 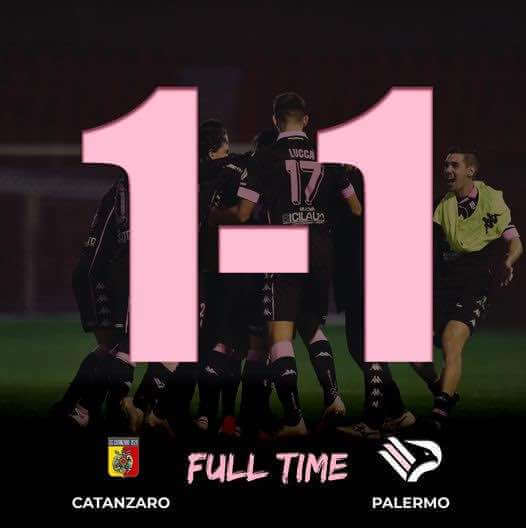 Pending the usual post-match press conference, the rosanero club has announced that no members of the Viale del Fante club will intervene in the press room. The next appointment, in fact, will be the press conference of the rosanero coach Roberto Boscaglia on the eve of the Palermo-Catania derby, scheduled for Monday 9 November at 21.00.

Referee Perenzoni, his refereeing more than poor, surprises everyone and decides expulsion and penalty for the hosts. Many pink protests, which, already in 10 for the expulsion of Broh, find themselves in 9 and under a net (Evacuo will transform the penalty). The Palermo captain, author of the alleged foul, protested a lot until the end, both with the linesman and with the referee. The images, seen and reviewed, leave more than a doubt.

Among other things, during Evacuo’s run-up to take the penalty, there were already four Giallorossi players in the Palermo area, two of which almost close to the batter. The penalty was at least to be repeated.

It was not the only questionable episode. Broh’s dismissal, naive as the midfielder was, was certainly severe and the referee did not hold the same yardstick with the home players. Also in the final, there is an attacking intervention by Odjer who steals the ball and scores (with the game stopped) that the referee sanctioned not only with a free-kick against Palermo but also with the player’s warning.

In the end, the Palermo performed a miracle, putting a compromised game back on its feet in 11 against 9. A “lucky” draw that rewards, however, the great will of the team and heals some injustice of fate and the referee who was one of the worst on the field. It wasn’t easy to keep my nerve.

Unfortunately, Palermo arrived in Catanzaro with a thousand problems and just as many mitigating circumstances. He starts well, then drops and hurts himself (Kanoute mistake and Broh ejection) but he appeared squarer in the game and more offensive than other performances. There are still doubts about the offensive capacity (Saraniti another flop) but today it was important not to lose to regain confidence.

And now? There this waiting week until the Sicilian Derby against the Catania will be with many doubts and rumors started to be impatient, especially for the Club’s decisions. We’ll see!