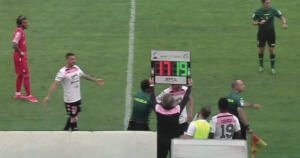 Monterosi Tuscia and Palermo face off at the “Rocchi” stadium in Viterbo on the occasion of the fifth matchday of group C of Serie C.

The Lazio team from a small village of 4 thousand inhabitants faces the rosanero club in search of three points. Different motivations and perspectives on the pitch today: Filippi responds with his usual 3-4-2-1 to D’Antoni’s formation. Dall’Oglio in the median with De Rose, Luperini once again on the frontline with Fella. Brunori the tip. 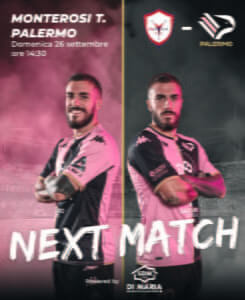 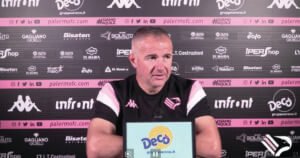 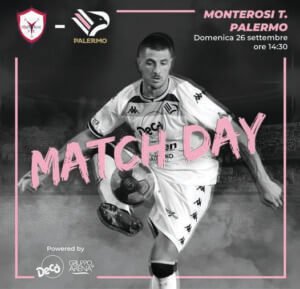 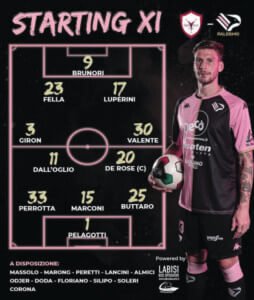 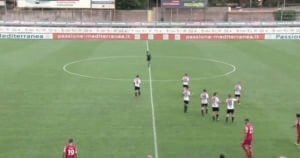 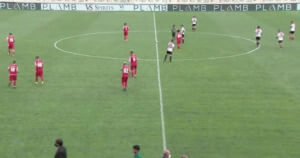 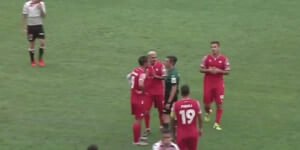 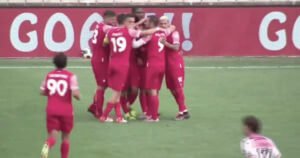 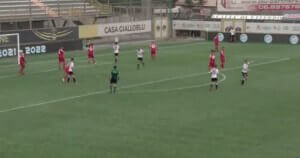 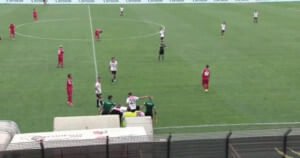 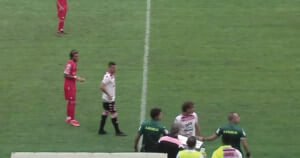 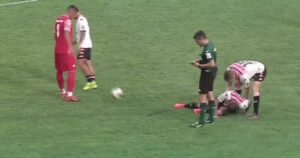 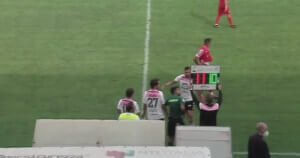 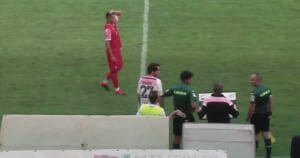 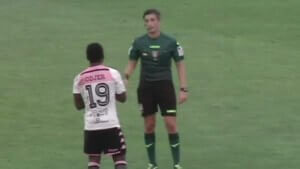 Teams on the pitch, the referee makes sure everything is in order: the whistle blows, Monterosi-Palermo begins. The rosanero, in white jersey, attack from right to left, while the home team wears the red jersey. The first yellow of the match goes to Polito for a dangerous foul.

In the first minutes of the game, Monterosi often shows up ahead, with the Sicilian team defending themselves as best they can and trying to hurt on the restart. At 16 ′ Luperini verticalizes for Brunori who does a door with the opposing defender, but the referee does not report any irregularities.

Four minutes after Monterosi was dangerous on a corner kick, the Palermo defenders managed to sweep the ball away several times until Pelagotti came out. At 22 ‘Palermo takes the lead! Valente from the right lane leans on Dall’Oglio who puts the first intention cross into the penalty area: Brunori wins the match with the opposing defender and heads Borghetto sending his team 1-0!

Around 30 minutes of play he tries to get the Lazio club back forward with an imprecise conclusion by Di Paolantonio. De Rose responds shortly after with a 70-meter ride that ends with an exchange with Fella and with the oversized conclusion of the rosanero captain. At 38 ‘very dangerous action of the hosts who enter the penalty area easily and almost punish the rosanero with a foray of Parlati closed by Giron.

At 41 ′ Monterosi recruits a penalty kick that the referee denies with the decision, for the match director the game continues. Almost at the end of the first half, the home team is still a dangerous forward with Polidori. After a minute of recovery the first half of the match ends, the partial result is 1-0 for the rosanero with Brunori’s goal.

The two teams return to the pitch, now Monterosi will attack from left to right. No change to report in the second half, the referee blows his whistle and it starts again. At 50 ′ Monterosi reopens it! The number 3 Cancellieri recovers the ball shortly after the halfway point and have reached the limit of the penalty area, the rosanero kicks well, beating Pelagotti! Now the result is tied again.

At 55 ‘Brunori tries to react and recovers a good ball in the opponent’s half, making himself dangerous. At 60 ′ the first changes arrive for Palermo: out of Giron and Luperini who give way to Almici and Odjer. Rosanero who in the minutes following the substitutions begins to maintain possession by pocketing his opponents in the side lanes. At 67 ‘other changes for Filippi, Floriano enters who takes the place of Fella.

First substitutions also for coach D’Antoni: at minute 69 Buglio and Parlati leave the field and Franchini and Adamo enter. The team led by Giacomo Filippi holds the ball of the game in hand, thanks to a bit of fatigue accused by Monterosi. Several actions were created by the rosanero but never finalized. At 81 ‘another change for Palermo, Silipo and Soleri enter in place of Dall’Oglio and Brunori.

Three minutes later also Monterosi di D’Antoni replied and sent Polidori out to make room for Caon. Minuto 85, Silipo tries a shot outside the box but the shot is not precise. At 88 ‘Rocchi leaves the pitch exhausted, Green enters his place.

At 90 ‘strong conclusion from outside the Monterosi area walled by Pelagotti: immediate response from Palermo with a slalom from Silipo serving Valente on the left, the number 30 kicks on goal but there is the intervention of a Monterosi defender.

There will be five minutes of recovery. Odjer is dangerous in the 94th minute with a shot from 30 meters that touches the crossbar, perhaps this is the last action of the match. Indeed it is, a few seconds later the referee whistles three times. Monterosi-Palermo ends here, the final result is 1-1.