The Sicilian derby between Messina and Palermo is back after 14 years of absence in professional football.
The challenge, however, has been played on a neutral field: the match, in fact, will be played at the “Luigi Razza” stadium. of Vibo Valentia. 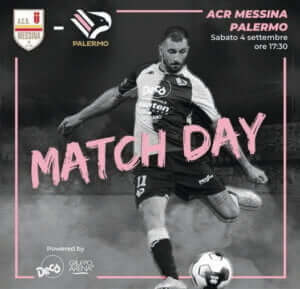 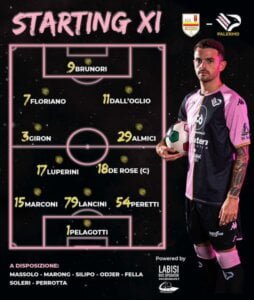 FIRST HALF – Highlights Messina vs Palermo

Teams on the pitch: the rosanero in white jersey attack from left to right, biancoscudati in the red jersey. The referee blows his whistle, the match begins with Palermo’s possession. At 6 ′ minutes the first real shock of the game: long ball vertically for the Peloritan Simonetti, Pelagotti leaves his penalty area and is knocked down. The Messina players ask for the referee’s intervention, but the latter lets it go.

A minute later it was DallOglio who worried Lewandowski with a shot from outside the box. At 9 ′ Balde reaches the end line and puts a sharp ball in the middle of a trailer hit by Distefano who from two steps fails to send the ball into the net.

Minute 23 and another opportunity for Sullo’s team: after a series of first exchanges, Balde is served who overtakes Marconi in speed, but does not get to be face to face with Pelagotti because he is knocked out by the number 15 of the rosanero.

On the development of the free-kick, however, nothing dangerous for the team of the Sicilian capital. Peretti, at 32 ‘of play, is forced to leave the green rectangle for a ball that hit him in the face; in his place enters Buba Marong. Less precision during the last minutes of the first half, after an almost heart-pounding start by both Sicilian teams. At 45 ‘the fourth man signals the three minutes of recovery.

THE ADVANTAGE OF MESSINA AT 47 ‘! Balde, after the Biancoscudati corner, must put the ball in the net from two steps. The defense of the rosanero is defenseless and ACR Messina takes the lead! The immediate reaction of Palermo who at 48 ‘tries with Brunori who intimidates the Messina defensive line. At the end of the injury time, the teams return to the locker room, with the advantage of Mr. Sullo’s team.

SECOND HALF – Highlights Messina vs Palermo

The two teams return to the field, in the second half, Messina will attack from left to right. The referee’s whistle arrives, the second half begins. At 48 ‘verticalization for Brunori, Lewandovski comes out and sends the ball into a lateral foul. On the developments, Luperini is landed in the Peloritana penalty area and the director assigns the penalty in favor of the rosanero!

Floriano goes from the spot as always and sensationally kicks high over the crossbar! At 53 ′ cross from De Rose impacted with his head by Brunori who does not hit the biancoscudata goal, he was still offside. The Palermo in the last minutes tries to be seen with greater danger forward. At 56 ‘double change for Filippi: Floriano and Dall’Oglio leave and Soleri and Fella enter.

A minute later, Mr. Sullo replies, Distefano off the pitch who gives way to Fazzi. Balde, after a round of hands, still worries the rosanero defense with a foray into the opponent’s area, but his diagonal conclusion is not precise. At 62 ′ another shot, this time from outside the area, from Messina with Damian; tall oversized balloon. Marconi, after a game encounter a few moments earlier, is unable to continue the match due to a blow to the leg. The new rosanero Perrotta enters his place.

THE DRAW OF PALERMO ARRIVES AT 66 ‘! De Rose’s cross from the median, Luperini with the header finds the parade by Lewandovski, who is also reactive on the rebound of 17 rosanero; at the end, Soleri emerges who beats the last man of the peloritans and scores the equal goal! At 71 ‘another substitution for Mr. Sullo: Adorante comes out for Busatto.

Five minutes later some changes for Messina: Matese and Mikulic enter in place of Simonetti and Balde. In the last 10 minutes of the match, Palermo manages to set up their bets with Messina trying to make themselves dangerous on the counterattack. Botta and response in the 84th minute: Pelagotti rejects a conclusion from Matese, then the Rosanero counterattack starts but does not materialize with the excellent defense of the Messina. Two more heart-pounding actions on both sides!

Three minutes from the end of the regular 90 minutes, Pelagotti becomes the protagonist with two saves on two close ends first by Fazzi and then by Busatto! Immediately after the ball arrives at Brunori’s feet who tries to beat Lewandovski with a lob that goes out in the background. At 90 ‘the fourth official announces with the luminous scoreboard that 5 minutes of recovery will be. At 91 ′ Matese is forced to leave the field on a stretcher due to a knee problem. After the recovery minutes, there are no changes in the result: the derby between Messina and Palermo ends 1-1.

PreviousMr. Filippi Conference before the 1st Sicilian DerbyNextVirtual membership 2021
Back to top