Both teams compete with the ambition of obtaining a better position in the standings, with Palermo looking for the victory that has been missing for two days. The Tuscan coach changes his full-backs for the umpteenth time and chooses Accardi and Giron, Damiani is back in midfield alongside De Rose.

Palermo and Juve Stabia reach the pitch, guests in yellow jersey and shorts; hosts with the first official split. The first ball is entrusted to the rosanero who will attack from right to left, the challenge begins. The two teams face off immediately, with several opportunities created in the first minutes of play but not finalized.

At 7 ‘Palermo takes the lead! Floriano starts the ball in the middle and serves Brunori who widens into the left lane; the number 9 of the rosanero enters the penalty area, sets the ball, and kicks on the near post beating Dini. Rosanero advantage in the seventh minute.

At 13 ′ Palermo is still dangerous with a header from Lancini that touches the intersection of the goalposts on the services of a free-kick for the rosanero near the flag. After a sprint start, almost in the middle of the first half, the teams begin to study each other without hastening the construction of the actions. At 25 ‘Palermo doubles! Giron on a free-kick from 25 meters shoots towards the goal and, thanks to a deviation, once again beats the Juve Stabia goalkeeper!

At 34 ‘foul by Giron against an opponent. The referee has no doubts, for the number 3 of the rosanero comes to the second yellow card, he must leave the pitch and his teammates in 10 men. Floriano drops into the left-handed lane and covers the absence of the expelled Giron.

Mister Baldini runs for cover: at 41 ‘he replaces Crivello with Floriano and Odjer with Damiani. Palermo spent the last minutes of the first half closed in their own half, with the visiting team trying to put pressure on the goal. After three minutes of recovery, the referee sends everyone to the locker room. 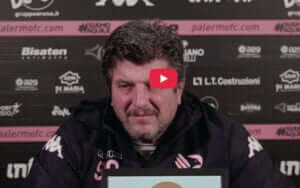 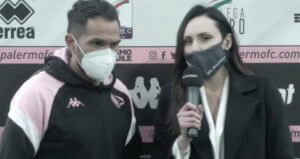 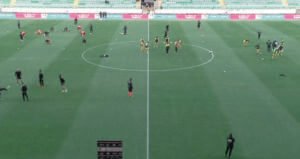 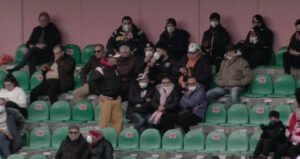 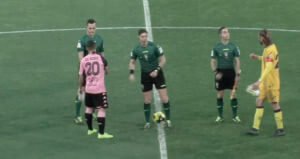 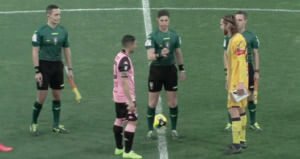 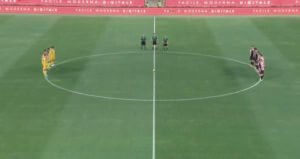 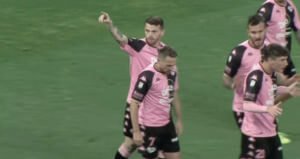 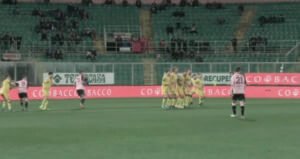 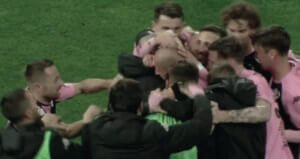 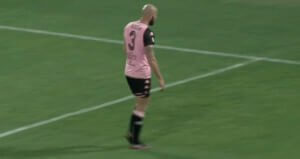 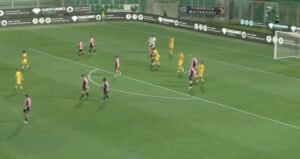 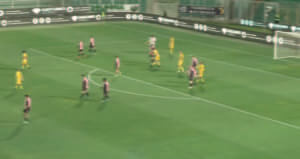 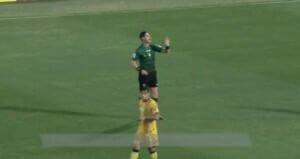 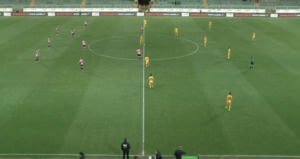 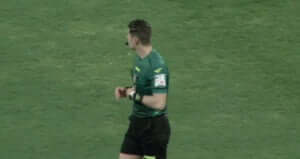 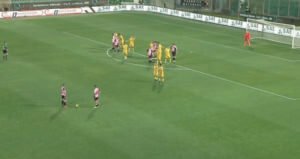 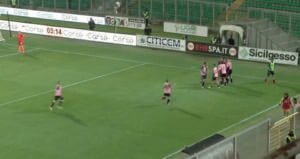 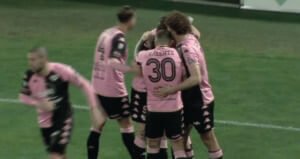 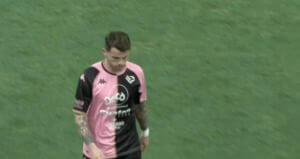 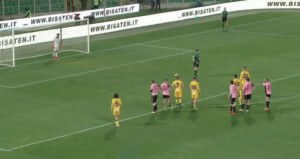 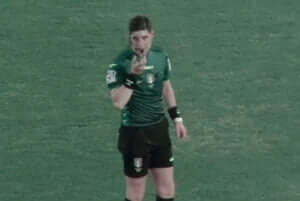 Teams back on the pitch before the restart. Mister Sottili replaces Altobelli with Davì, while Baldini is forced to send Soleri to the field in place of Odjer. The rosanero midfielder, at the end of the first half, received a blow to the face which obviously did not allow him to continue the match.

At 49 ′ Palermo drops the trio! Free kick from about 25 meters: the rosanero put in place a perfect pattern with Brunori running away vertically and after receiving the ball beats Dini again! Despite the numerical inferiority, the rosanero manage to score. Palermo does not give up and at 53 ′ Soleri gains 60 meters ball and chain in the right lane, almost on the bottom line he places the ball in tow for Brunori who kicks but is blocked by the Campania defense.

At 60 ′ Baldini grants the applause of the “Barbera” to Brunori, who leaves the field in Fella’s place. Two minutes later, Mr. Sottili makes a triple change: Bentivegna, Donati and Ceccarelli come out, giving way to Evacuo, Guarracino and Della Pietra. At 68 ‘still a substitution for Juve Stabia, with Scaccabarozzi leaving the field for Schiavi.

Juve Stabia continues to attack, worrying the rear of the rosanero, but the latter become very dangerous on the counterattack trying to exploit the high center of gravity of the Vespas. At 74 ‘Accardi stops for cramps, Somma enters his place. In the 80th minute, Fella is clever in stealing the ball from an opposing defender who falls asleep on the edge of the penalty area, face to face with Dini, however, the number 23 of the Sicilians kicks central and the host goalkeeper rejects.

Resumption of suffering for the rosanero who suffer the numerical inferiority but manage to defend themselves from the attacks of the opposing team. At 90 ′ Valente has the opportunity to sign the rosanero’s poker in a restart that saw four rosanero against two opposing defenders. His left foot shot, however, is inaccurate and ends up on the bottom. A minute later the referee points to the spot in the Rosanero penalty area, assigned the penalty to the guests for a foul by Crivello. Evacuo goes on the ball, who coldly beats Pelagotti and scores the goal for the Vespas.

After four minutes of recovery, the referee blows his whistle to end the match. Palermo-Juve Stabia ends 3-1.