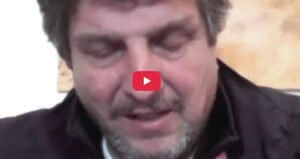 Mr.Baldini, Conference before the match against Foggia

The coach spoke at the press conference to present the match against Foggia and talked about the turning point match. “It is an important moment for us. Whoever wins enters history ”.

However, he still discusses the penalty granted to Juve Stabia in the last match. “Unfortunately, to play well, the referee needs to be up to par.” But they liked the words in defense of the club president Mirri. But now it will take a win to start aiming for something important: promotion.

It is exciting to challenge Zeman who is a person who made football history, far be it from me to think I am at his level. I try to do my best. I see the game as a possibility, not a challenge. We want to gain self-esteem and trust from people. For us, it is important to bring people to the stadium. Palermo belongs to the fans. The coaches pass, the fans remain

The boys were able to interpret the last match in two ways after the expulsion. Giron played in a very advanced position and allowed us not to give points of reference to the opponents and we had some advantages. We could also have scored the fourth goal. But sorry to take that network

Cards? Let’s think about Foggia and the things that can help us. The guys are fair and good. I don’t think there is any malice on their part: in no way have I been able to understand the two yellows in Giron

I thought of the three-party line-up when it was needed. A coach needs to see what happens along the way. If I knew the best solution I would use it. We know that we must try to handle certain situations not as a punishment but as a gift: we understand that we can put ourselves in a different way. It was sensational when he whistled the penalty and did not give the advantage to Soleri

We hope that Foggia starts playing well from the next match. Have luck starting Saturday. We hope to be protagonists in a positive sense. They will certainly not be fearful, they want the door full and they want to win. They will be there to have a great battle and we have to fight back blow by blow

Surely the president’s utterances are pleasing: he tries to defend our work and get respected. Unfortunately, to play well, the referee needs to be up to par. The president is very disappointed and he told me that it has been happening since the start of the championship.

Damiani has no problem integrating: he has already played with me and knows how to work. His problem with him is that unfortunately this year he never played due to an ankle problem, now he is fine but we have not seen Damiani who makes the difference. We have seen a very good player, diligent, who knows how to keep the pace of the game. But I expect the best from him. On the turnover, I think it should be done when the players have some small problems. I prefer not to take risks but I would like to say that I would not like to distinguish between owners and reserves. Soleri proved it

It is an important moment for us, to make our championship take a turn. I have seen the team grow in this period but we are still linked with small problems. Sometimes we get swallowed up by negative episodes. Saturday was a good test because there were ten of us left. An encouraging sign for everyone. For Giron I’m sorry because he was playing a great game. In Foggia I start already as if Foggia were winning

Tomorrow evening I want to play because Palermo must look for a positive change. Fella and Silipo are two extraordinary guys. They apply and never complain. Certainly, they are not happy but both have made their contribution. This bodes well: by playing more often they can be more decisive

Fighting for something important? It depends on the victories. It is an exam you are going to take. Only those who win enter history. When I arrived what was I supposed to say? Believing it is part of my way of thinking. I had an opportunity and I want to play it: for me, my players are the most beautiful and best. At over 63, I don’t have to find any holds: that’s what I am, but if I manage to do well and bring Palermo to Serie B, people will have a better memory of me. I do my best because I have this awareness. I have to believe that this is the case

If the players are not well, it is useless to let them play. In my opinion, Dall’Oglio is a player who gives us added value. I saw a complete boy: a midfielder who in my opinion has nothing to do with Serie C. He has right, left, physicality. Odjer has had this trauma but the boy sees is fine. He has a good chance of being among the eleven

VIDEO / Mr.Baldini, Conference before the match against Foggia

Probable formations / Mr.Baldini, Conference before the match against Foggia