5 games with four away matches. Impressive or Stressful?

Home /News/5 games with four away matches. Impressive or Stressful? 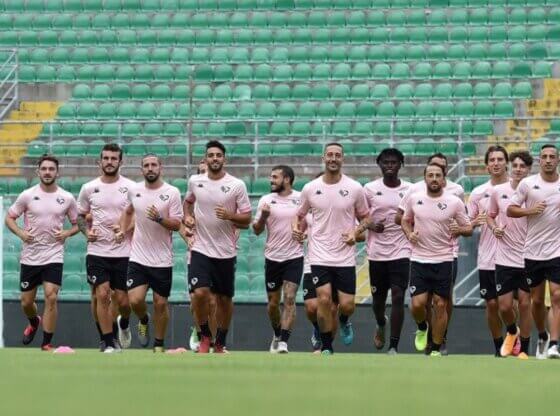 The calendar shows five games with four away matches

After weeks of stoppage due to the Covid-19 emergence that hit the rosanero team, Palermo is ready to return to the field to challenge Catanzaro. While the date to recover the matches against Turris, Potenza and Viterbese have not yet been announced, the match against Catanzaro valid for the 7th day of the championship will go down tomorrow, Wednesday 4 November.

The rosanero will leave today for Catanzaro, where the first recovery will take place tomorrow. In addition, the only point scored by Palermo against Ternana and the only goal scored in the league on the field of Bisceglie, signed by Luperini, who will be one of the forced absentees due to Covid-19, arrived on the road.

The rosanero team still has to do without, at least on the pitch, the coach Roberto Boscaglia (the coach must serve the disqualification). Meanwhile, the second Filippi is ready to lead a team that finally returns to have a comforting number of players available. The most important data, however, comes from the defense, where Palermo has recovered several players such as Doda, Peretti, Marconi, and Accardi. There are doubts about the athletic condition of the returning players, for this reason, Andrea Palazzi was tried as a central defender.

The most likely hypothesis is that Palermo will take the field with the 4-2-3-1 with the attack formed by the players who have been training continuously in recent times.