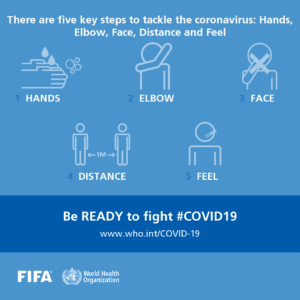 Stop the new infections in Palermo.

Yesterday, the rosanero club through a note issued on its official website, announced that, from the results of the rapid tests carried out on Tuesday 27 October, no new positive results have emerged at Covid19, compared to those found so far and communicated. The new round of tampons, therefore, gives a smile to the club in Viale del Fante, in isolation for 8 days now.

The situation in Dario Mirri’s club does not change. From the discovery of the 9 positive players to the swabs for the research of Covid-19, on the day of Palermo – Turris, to which the technician Roberto Boscaglia is added, passing through the new results of Friday 23 October and Sunday 25 October, when they are A total of six other footballers and three Coronavirus positive staff members were identified. With the numbers communicated today, in total, the positives to Covid-19 within the Sicilian club remain 19.

However, the percentages that Sunday’s match against Viterbese can be postponed are very high for two concrete reasons.
In light of the long procedure of reintegration into the group of the elements that will become negative on Sunday, the rosanero available could still be less than 13, and then because the Viterbese, before the match with the Vibonese, have communicated that they have detected three new positivity, the technician Maurizi and the entire staff of technicians are added.

The eighth day of the championship is therefore also at risk.

In the meantime, the available players have carried out a training session under the orders of Filippi, assistant of Mr. Boscaglia, these should be the players who yesterday reached the Viale del Fante plant in sanitized minibusses, here is the list: Pelagotti, Crivello, Almici , Palaces, Odjer, Broh, Valente, Saraniti, Kanoute, Rauti, Pharaoh.

PreviousPetrucci Ability Test published in the MJSSMNextHappy 120 birthday Palermo!
Back to top