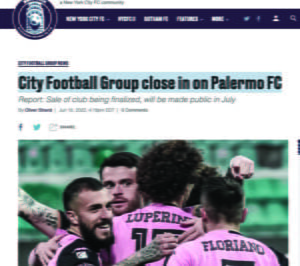 For the majority of its history, Palermo FC has bounced between the top two divisions in Italy and has given many great stars their big break. After a financial meltdown, demotion, and subsequent rebirth, the club now finds itself back in the second division and, potentially, under new ownership.

Manchester City will have a ‘brother’ in Italy

Palermo vs. Padova to be broadcasted live on Rai Italia

Report: City Football Group Are On The Cusp Of Buying Italian Side Palermo