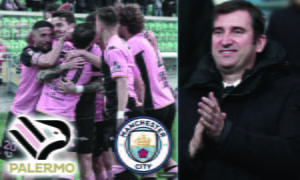 There is the signature: Palermo FC passed to Mansour’s City Group

It’s done, the long-awaited closing has arrived. This morning the two parties signed the documents that will allow the holding headed by Sheikh Mansour to acquire 80% of the shares of Palermo FC for an amount exceeding 13 million euros. Mirri, who will remain president, will keep a little less than 20% of the share package.

All this took place in Milan at the headquarters of the Lazard investment bank, to which Mirri himself had asked for collaboration to find new investors willing to bet on the Palermo project.

And not only have they been found but also important and large-caliber. Palermo is officially inside the Manchester City galaxy, it is now part of the clubs controlled by City Football Group but it will not lose its identity and it will simply become a satellite team of the Citizens.

The new owners’ plan will be to gradually bring the rosanero club back to the top division. Also present at the time of the signing was the top management of the city Group, first of all, the managing director of Manchester City and Chief Executive of the group, Ferran Soriano. In the next few days, personalities from the City group are expected to arrive in the city and then at the conference to present the project.

On July 1, 2022, Palermo officially entered the galaxy of the City Football Group, the company that controls Manchester City, New York City, and several other clubs around the world. Which?

Not only Palermo: from India to France, the owner of Manchester City has acquired several clubs around the world. The world of the City Group is expanding.

PreviousList of International Newspapers talking about the RosaneroNextPalermo at the City Group, Soriano: "Consolidate in B and then go to A"