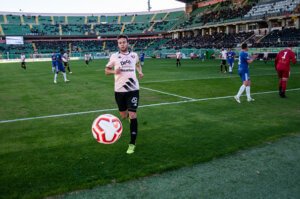 Palermo FC captain Alessandro Martinelli has been forced to retire at the age of 27 due to cardiac issues.

“The in-depth medical tests that Alessandro Martinelli underwent over the last few weeks have unfortunately shown it is impossible for him to continue his playing career,”

“Everyone at Palermo expresses their deep regret and holds Martinelli close, for he was one of the most impressive protagonists of the Rosanero rebirth and a leader, both on and off the field, thanks to his extraordinary moral character, as well as undoubted sporting talent.”

Martinelli played for Sampdoria, Venezia, Modena and Brescia before moving to Palermo in the summer of 2019.

He had been all due to begin the new season when tests showed anomalous cardiac readings.