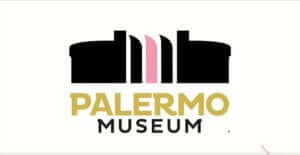 Today during the Palermo FC press conference to introduce the Palermo’s 120th-anniversary event on November 1st, 2020,

1. The club confirmed that the third shirt will be unveiled on November 1, 2020, inside the Palermo Museum rise.

2. The club created the first official rosanero Podcast is the story of a love for our colors that has lasted for 120 years. A journey, through words, to (re) discover some of the iconic moments of our history, but with an unprecedented and original perspective: that of Sandro Dieli, actor, director, and above all a great fan of Palermo, who fishing a little from his memories and a little from the suggestions now handed over to the history of Palermo’s typhus, it reconstructs anecdotes, unforgettable episodes, curiosities and myths connected in the most disparate ways to the history of Palermo.
A way to reopen some drawers of our memory, or to discover from scratch ancient treasures that our favorite team has collected on and off the pitch, from 1 November 1900 to today. Not only memorable trophies and matches but also and above all small pieces of our identity, which we want to keep forever.

3. The club announced an issue of the stamp for the occasion that will represent 120 years of Palermo Football history.

Palermo, as the top football club in Sicily in terms of Serie A appearances and among the major ones in the Italian football panorama, has a long history, which spans from its official foundation in 1900.

The club was refounded a number of times, most recently in 2019, and played in all the Italian professional leagues from Serie A to Serie C2 at different times. Its recent renaissance in the early 2000s brought the rosanero back to Serie A and later on to gain a spot in the UEFA Cup for the first time in the club history, thus giving the club worldwide popularity. The club currently plays in Serie B, Italy’s second-tier football league. They won the UEFA Cup qualification for three consecutive seasons from 2004 to 2007.