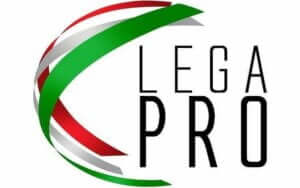 Lega Pro, the rules on the management of positives change: two hypotheses for postponement

Through an official statement, the Lega Pro has announced the new provisions regarding the Covid-19 emergency. Here is the press release:

– given priority to the need to protect the health and public safety of all professionals, players, staff, and referees;
– considering the current problems arising from the epidemiological emergency from Covid-19, which have entailed, among others, the necessary postponement of some matches of the Serie C 2020/2021 sports season;
– considering the need to ensure, in the 2020/2021 sports season, the dispute and conclusion of all competitions organized by the Italian Professional Football League in the interest of associated companies, fans, audiovisual rights licensees, and sponsors;
– given the “specificity” of Lega Pro professional football and considering that the associated clubs must meet, on the one hand, the timely fulfillment of the health requirements dictated by the competent Authorities and, on the other hand, the entire logistical and operational organization connected to the performance of the official activity;
– have taken note of the provisions of Annex I of the UEFA Champions League Regulations and the UEFA Europa League Regulations, approved by the UEFA Executive Committee on 3 August 2020;
– without prejudice to and without prejudice to the provisions of any provisions of the state, local authorities and/or the Italian Football Federation deliberates to adopt, limited to the dispute of the official matches of the Serie C Championship of the current sporting season (with the exclusion therefore of the playoff and playout phase), the following regulation to govern the methods of carrying out the official activity in the event that it is having ascertained the positivity to the SARS-CoV-2 virus of the players of the clubs participating in the aforementioned competition:

It is understood that these regulatory provisions may undergo changes due to the evolution of the health emergency from COVID 19 as well as according to the health protocols that will be adopted during the current sporting season.