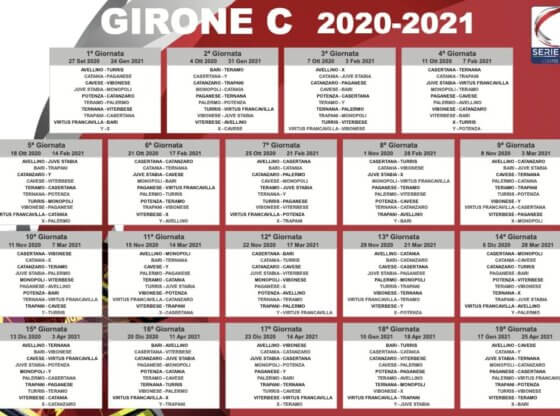 The Aia (Italian referees association) has announced the appointments for the next day of Serie C: the referee of Casertana – Palermo will be Valerio Maranesi.

Maranesi’s assistants are Egidio Marchetti from Trento and Veronica Vettorel from Latina. Fourth official will be Mr. Claudio Petrella from Viterbo. 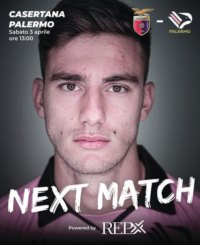 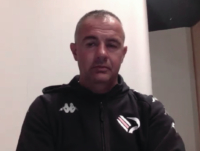 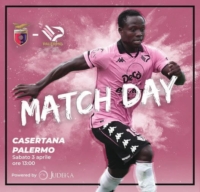 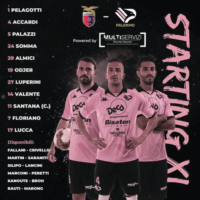 “Palermo on the field after 21 days and now tour de force? We have prepared ourselves well to give our best, luck is on our side having all the players available. So we will be able to rotate. Tomorrow we will start this cycle against a healthy team like the Casertana, but we too are experiencing an excellent moment of form.

Attitude is what counts, modules count for little. The guys in recent weeks have shown a lot, the departments are short and we are working on this aspect to close more and more spaces. These twenty days have served us to improve on some game situations and to oil some very precise movements and dynamics. Tomorrow it will be an important match because there are few points behind, but I don’t think it is decisive. We have to face the match as if it were the last against a direct competitor.

These days have served us to give intensity to what we want to do and to break in some movements. It is normal that having the time you work better on details, I expect a good race especially in terms of balance and determination. Who in place of the suspended De Rose? Ciccio will miss this team but there are several elements that can replace him, from Martin to Odjer. We do not ask ourselves the problem, they are all guys who will have their say even with different characteristics. Rauti and Saraniti? They trained a lot well and they are one more weapon for this Palermo and for this championship final.

Lucca? The season lives of moments, I don’t worry about the aspect of Lorenzo’s finalization because he is working very well and the boy always gives his best. Santana is a player who from the median upwards can cover all the roles by calculating also the physical intensity, but we use it for this something more that it can give under the term of experience and reading ability.

Marconi? We have not made any timetable because we look at training after training, Ivan had a small ailment at the beginning of the week but now he has regrouped. In the meantime, let’s think about the match against Casertana, then we’ll think about the one against Monopoli. Fans? Here they make themselves heard every day even when you go around to buy something, yesterday they were commendable and made us feel their closeness”.

This match opportunity
Casertana / Palermo scheduled on Saturday at 13.00

The Palermo is presented (almost) in full force for match opportunity direct clash against Casertana. The long forced stop, in fact, allowed the injured to recover; Francesco De Rose is absent due to disqualification, while Doda and Corrado also remain at home, close to recovery but not yet ready. Giacomo Filippi, therefore, can choose the best formation for a fundamental match.

DEFENSE: Pelagotti goes to goal, while the defensive trio should be composed of Accardi in the center-right, Palazzi in the middle and Marconi, who recovered from the physical problem accused during the week, on the center-left.

MIDFIELD: Almici should act on the right, while Valente is on the left. The two central pivots could be Luperini and Odjer, who would take the place of the suspended De Rose, even if Martin has a chance to play.

ATTACK: Lucca and Floriano seem sure of the starting position, while it is a tight ballot for the role of right-winger. Kanoute looks favorite but Silipo is in the running. Santana, at the beginning, should go to the bench and then enter the second half.