It will be Nicolò Marini from Trieste who will direct Palermo – Teramo, the 1st round playoff valid for the Serie C playoffs and scheduled for next Sunday at Renzo Barbera with the starting whistle scheduled at 15:30.

The race director will be assisted by Roberto Terenzio from Cosenza and Mattia Politi from Lecce as assistants. While Enrico Maggio di Lodi will be the fourth official. 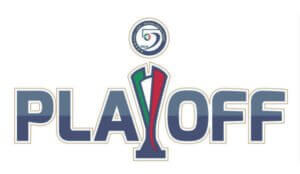 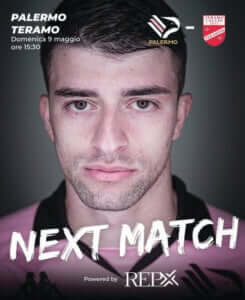 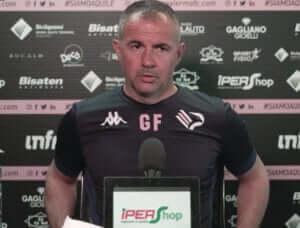 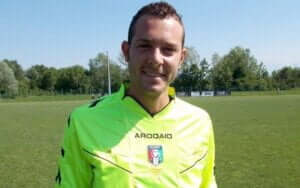 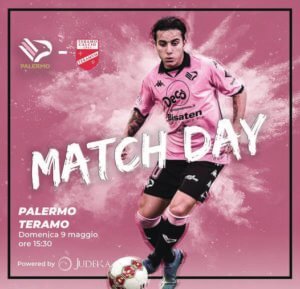 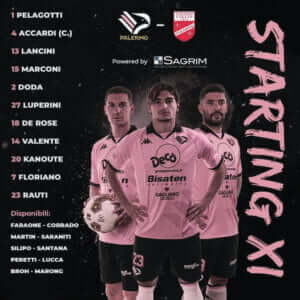 The Palermo Conference of Mr. Filippi before Palermo vs Teramo, 1st round playoff Lega Pro

“Each coach prepares matches to win. Teramo is a very strong team, with “category” players and very well trained. Our only advantage is to have two out of three useful results, we are not favorites. They are fearsome and have worked well throughout the season.

Lucca is available and has trained well but we have worked and the boys have perceived that no one is indispensable. Those who go on the pitch know how to do their job but it is natural that the boy is an important player for us. Col Teramo is the most important appointment of my career for me.

Teramo, when we first faced them, already had many games on their legs while we were in the running-in phase. At the “Barbera” it was an even match, but we deserved more in the second half; the race had been balanced. We have found a balance, a very specific identity and we must insist on this.

I tried to make the boys understand that from Sunday we must only look at the present, we must not look back. Another tournament with dry matches begins, we have to focus only on this. Are you optimistic? Let’s leave optimism to them, so be it. We had a great week, the team is very carefree and focused. I love how the boys train.

As unavailable there are Fallani, Odjer, Somma, Palazzi, Almici and Crivello. My future? I think little and nothing about it, so much is all a consequence. There will be no problem finding the right solutions.

Marconi in Francavilla rested for a rotation but is fine. Lancini came from a period of inactivity, with many ailments, it took some time to recover; now he is very well and we are happy to have recovered him in full.

No coach plays to equalize but I didn’t say he doesn’t interest me. Anything can happen in ninety minutes. Teramo has always played in the same way so I expect an open game from both teams.

Saraniti and Silipo did the best thing in Francavilla; they both played well. Silipo is finding certainties and is integrating very well into this game system, in the last two weeks he is more capable of finding the right position on the pitch.

Teramo is a team that has clear ideas and moves automatically. Our way of interpreting the game is different from the “Barbera” competition. Who plays offense? Lancini (laughs, ed.). The three first strikers are all very well, it’s up to us to choose the right player for the match ”.

Giacomo Filippi relies on certainties for the playoff match against Teramo. The coach still opts for 3-4-2-1 and puts on the field who is better physically, without making calculations. Also because the unavailable continue to be many, especially in defense; Fallani, Odjer, Somma, Palazzi, Almici and Crivello will not be in the game

DEFENSE: Pelagotti is confirmed in goal and Accardi should play on the center-right. Marconi could return to the center-left while Lancini is in the middle, also given the prolonged absences of Palazzi and Somma.

CENTERFIELD: Doda plays on the right, he is well on the physical level and he is confident; on the other band is Valente, in a state of grace, while the two central ones are still De Rose and Luperini.

ATTACK: Lucca should go on the bench. The attacker trains with his teammates but he is not in 100% physical shape; Filippi could therefore choose not to make him play the starter but only in case of need during the match. Therefore, Rauti goes towards confirmation. Behind the former Monza there should be Kanoute and Floriano, with Santana ready to enter the race in progress.