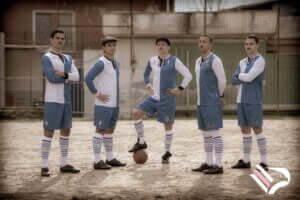 We were born in the dusty fields. We were workers and gentlemen, English and Palermo. We were adventurers, dreamers. We were men. After more than a century we are still all this. But in the meantime, we have learned to fly, fall and fly again. That’s what we do, that’s what we are. 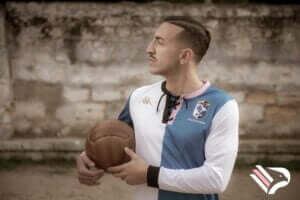 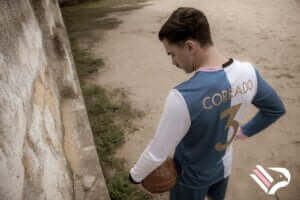 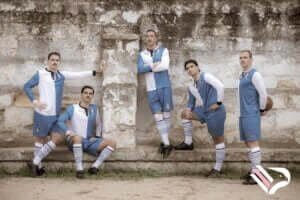 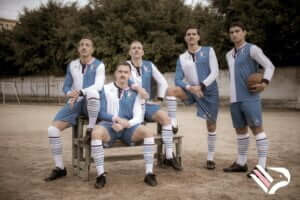 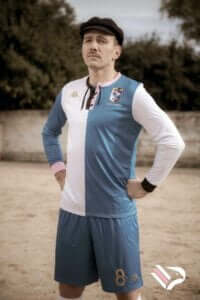 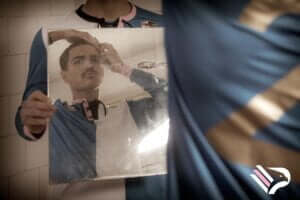 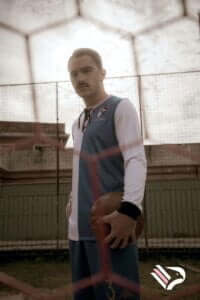 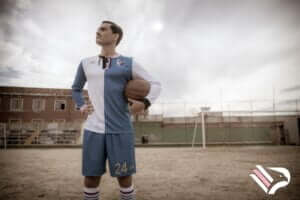 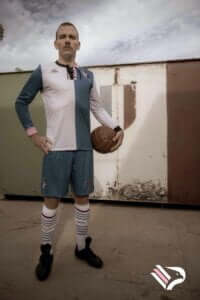 LIKE THE PIONEERS OF THE EARLY 1900s:
PALERMO PLAYERS RETRO MODELS FOR THE NEW 120TH ANNIVERSARY JERSEY

Mustache, grease, and a proud look, clay courts, and old hand-sewn footballs. This is how Palermo presents the new celebratory historic jersey of the 120th anniversary of the foundation of the rosanero club, which falls this year, in 2020: a tribute to the pioneers of football in Palermo, introduced by the English who first founded Anglo Palermitan Athletic and Football club in November 1900. It was also thanks to the British technicians involved in the construction of the shipyard in the Sicilian capital that the game of football spread to Palermo, giving life to a passion that from then on will never end.

And for this historic occasion, the Palermo players Andrea Accardi, Niccolò Corrado, Malaury Martin, Nicola Rauti, and Michele Somma, in fact, posed in a new location: the ancient clay court of Fincantieri, one of the oldest still in activities in the city.

In this special celebratory shirt signed by Kappa and designed by the historian Giovanni Tarantino with Gomez & Mortisia, even the colors are out of the ordinary: for the first time in the history of the club, the classic pink and black recognized all over the world, give way to white and blue: the colors of the first logo in the history of Palermo, created in 1920, when for the first time the team adopted the name Palermo Football Club (borrowing the social colors of Racing FBC).

On the left side of the chest, a reinterpretation of the logo: a synthesis between the stylized eagle designed in 2019 for the new course of the club, and the first two company symbols, respectively the two two-tone shields with the words Palermo Fbc, biancoblù the first and rosanero The second one. However, the shirt retains some rosanero references on the collar and sleeves, to emphasize that the soul of Palermo – which symbolically can also dress differently from usual – always remains that. Vintage references, moreover, also in the black laces at the neck and in the horizontal striped socks.

The shirt will be worn for the first and only time in the Palermo-Bari match on 23 December, the last match of 2020, at the height of the long cycle of celebrations for the anniversary of the foundation. A path that, starting from 1 November 2020, has already seen the issue of a special stamp and the opening, inside the Barbera stadium, of the Palermo Museum with hundreds of memorabilia, jerseys, and interactive installations entirely dedicated to the history of Palermo, of its champions and its fans. After December 23, in fact, the shirt will be exhibited forever inside the museum and never used again.

The entire anniversary kit, in a limited edition, is available for pre-sale at the SiamoAquile Bar & Store in the Renzo Barbera stadium starting from 18 December, with collection on 24 December, after the official match. Any inventories will then also be available online on the Palermo shop.

PreviousGood initiative demonstrates power of new PalermoNextHighlights of a dull game, Vibonese 0 - 0 Palermo
Back to top