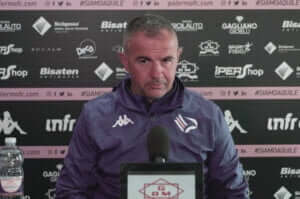 It will be Federico Longo of the A.I.A. di Paola to direct the Palermo-Foggia match scheduled for Wednesday 14 April, 3:00 pm, at the Renzo Barbera stadium. The match will be broadcast live on Rai Sport, as well as on the Eleven Sports platform.

The referee will be assisted by assistants Michele Somma and Francesco D’Apice, both from Castellammare di Stabia. The fourth official is Mr. Mattia Ubaldi of the Rome 1 section. 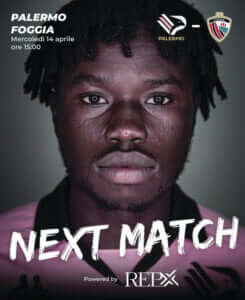 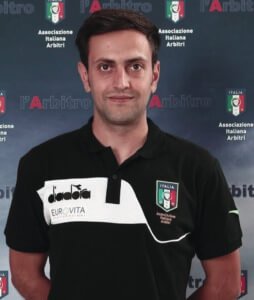 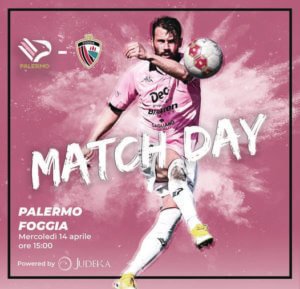 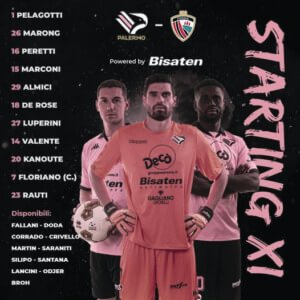 Palermo / Foggia, scheduled on Wednesday at 15.00

“Against Vibonese the team is not disappointed but it is normal that I would have liked the victory. The module we will use is this and it remains this. The guys are working well. With 3-4-2-1 we can do good things. Until two weeks ago there were no such perplexities when we won in Caserta. We respect the fans but we know what the kids can give us. Let’s go on our way ”.

“With Foggia it is crucial, we have to play to death, as we did in all the other games. There are always three points. It is not a decisive match, three more are missing. We have the possibility to recover in case of a misstep. With the Vibonese the team played a good match. We play to win and we can run some risks, we are aware of it ”.

“Saraniti is called up, he is part of the 22. This year he did not score 20 goals, he too had difficulties, like the whole team. Even with Boscaglia the team was creating and struggling to finalize. We work to improve from this point of view. Training? We have clear ideas but in the last few hours, something can happen. At 90% we have a clear idea of ​​the team. “

“Marong? His certainties must be exploited, he trains very well. Before he didn’t have the meanness, he was always didactic. In the last period, he has improved and is now an important element. Surely it can be of the game. You look at the ranking and it is normal that calculations must be made, then it is the field that speaks ”.

“From Saraniti, like any other player, I always expect 120%. Always be ready, even when not playing. This is the attitude I expect from everyone. Foggia has had several positives but we have also gone through it. They are an excellent team, who play well and with excellent individuality. It will be a tough and difficult match, we are playing for a place in the standings ”.

“Who plays in the attack? We are evaluating all the possibilities, even Santana or Kanoute first striker. Floriano out with the Vibonese? It was a technical choice. He had a little muscle strain and trained with us. Now he is 100% available ”.

“In the first leg, it was perhaps the worst game we played. Unacceptable mistakes have been made but we have not taken them into consideration. The game system was completely different. Foggia has hardly ever changed the way they play, we worked on this. Lucca is an important player for Palermo; we are working to find the solution to his absence. I am interested in protecting the team in order to find the right team ”.

“This team is unable to realize all the opportunities created and we are working on it; nobody, however, has a magic wand. We need to find a way to be more effective. Peretti first striker? It was a move to try to take advantage of his height in some cross or long ball. He is an excellent central defensive player ”.

“Luperini in Monopoli did not express an excellent state of form as in previous races. Against Vibonese he played a normal game; before he had found an excellent leg and insertion times. The boy has always played, he is a diesel, and the more the game goes on, the more he comes into play. I don’t make a case of it. In the last two games, he has not been decisive “.

“Football is unpredictable so we have to be on point in every match and try to make as few mistakes as possible to win. Not everyone is running behind us, Casertana and Virtus Francavilla have lost. We must be careful but if we win the problem does not arise. Saraniti has similar characteristics to Lucca but I have other strikers who give me guarantees, as well as Pagani that I opted for Santana. If Saraniti trains well it is an excellent solution for us. Rauti played an excellent match against Vibonese. “