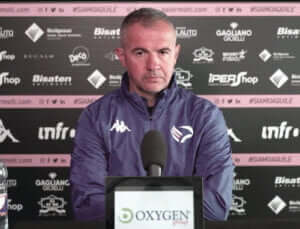 The AIA has announced the designation for Palermo / Vibonese, a match valid for the 35th matchday of Group C of Serie C. The match will be played on Saturday 10 April at 3.00 pm. The designated arbitrator is Marco Emmanuele from Pisa, the collaborators will be: Mirco Carpi Melchiorre Orvieto, Gianluca Matera Lecce, Maria Marotta Sapri. 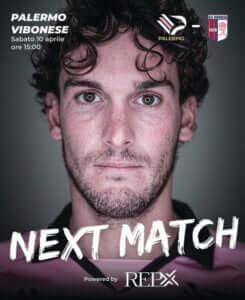 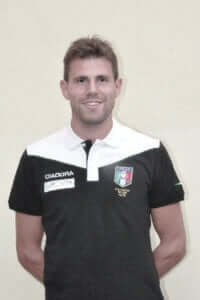 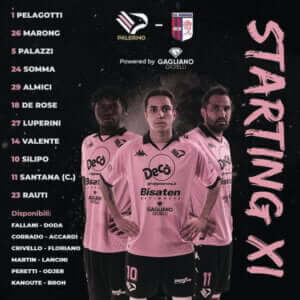 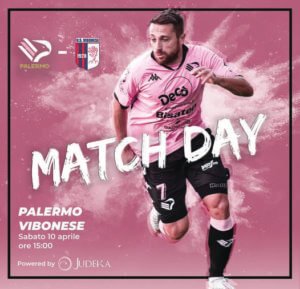 ” I’m sorry that the fans have lost hope, I never lose it. I bet blindly on this group, I know how they work. Unfortunately we make mistakes that cost us points, first of all me. There are still five games to reach the playoffs and then I’m sure that meeting Palermo in a dry match will be a difficult thorn for everyone to remove. We watch game after game.

With the boys I have not raised the tone after Monopoli, also because the mistakes are so evident that they have understood and know they were wrong. I saw a lot of regret so we talked and confronted each other. It is paradoxical that a team of our experience can make certain mistakes.

Rauti will play as the first striker against Vibonese. I replace the yellow cards for fear of remaining ten, especially in ‘dangerous’ roles. Odjer was booked on Wednesday in the middle of the first half and I didn’t think about removing him, the same thing for Somma. It’s just a question of prevention.

For Saraniti it is not a disciplinary motivation but a technical choice made by me. Wednesday’s attitude has nothing to do with it. I need people who train right. La Vibonese is a team that knows how to suffer and starts off very well; has quality players in the middle of the field. It will be a very treacherous match but we have worked in these days.

We are not yet in the playoffs mathematically. We still have to sweat blood to reach the goal, which is to climb the rankings; ninth position is not enough for us. The boys are not satisfied. Saraniti was not called up for technical choice; to replace Lucca the solutions are different. I need ultra-motivated and positive people, who roll up their sleeves to help their teammate.

Palermo / Vibonese, scheduled on Saturday at 15.00

The drops in concentration also occurred under my management. There is no medicine but we must be good to ensure that attention is always high. Similar alarm bells were also warned in previous matches.

We have to give 150% to make up for the lack of Lucca. The luck is that after three days we are back on the pitch and you have to give everything to forget the previous match. La Vibonese is an excellent team but we have to get a great result with an excellent performance.

I tried to understand what happens in terms of concentration. In Monopoli we made an overall performance below expectations, but there could be mitigating factors. There was a lot of talk about the dramatic situation of the Monopoly, then there were 23 in distinct even if not in brilliant physical condition. I don’t condone our last five minutes, the fault is certainly mine. A team like ours cannot afford certain lightnesses, especially on their second goal, when we take a restart with our own ball. Many times there are no justifications for certain attitudes. We are ready to redeem ourselves, the boys have absorbed the blow and I’m sure we will perform above the lines.”

The complete list of athletes available to the rosanero coach for Palermo / Vibonese: