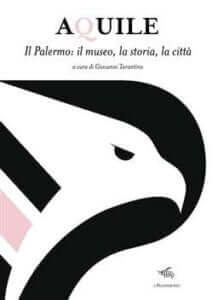 In the Palermo book, we are finally shown the third celebratory jersey for the club’s 120 years of history

This volume traces the 120 years of Palermo football history through unpublished documents, photographs, jerseys, postcards, archive material and celebrates the birth of the museum that will preserve its memory.

Read the Article “the 120th Year of Palermo FC”

The history of Palermo is in fact a heritage of the city: the pioneers of late 19th-century football, the playing fields, the aristocratic and popular soul united by the same passion, promotions, defeats, and many memorable characters inhabit this book. that crosses the twentieth century and reaches today, the rebirth of Palermo FC Particular attention is given to the evolution of the shirts, thanks to the designs of Carlo “CUT” Cazzaniga, through which the history of the team is told, the evolution of the seasons and the most representative players who have dressed the rosanero meet.

PreviousThe joy for Palermo's victory continued even after the team left "Renzo Barbera"NextPalermo FC will have its sports center in 2021.
Back to top