The teams led by Walter Novellino and Giacomo Filippi face off at the “Romeo Menti” stadium in Castellammare di Stabia. Juve Stabia-Palermo is the postponement of the seventh matchday of group C of Serie C with kick-off at 21.00.

Both teams are looking for continuity of results to get back on top in the ranking of the southern Lega Pro group. Oglio and Doda in the median.

Hosts in the yellow and blue jersey, guests with the spotted third jersey: first ball entrusted to the rosanero who will attack from left to right. The referee blows his whistle, the “Romeo Menti” challenge begins. At 3 ′ excellent opportunity for Palermo with a verticalization by Marconi for Brunori who controls the ball with his right and kicks with his left touching the crossbar.

Free kick in the 7th minute from an excellent position for the Sicilians, Silipo goes on the ball but he can’t hit the goal. After a few minutes of study by both teams, Juve Stabia also showed up in the 16 ‘with a dangerous cross from Rizzo’s left. At 22 ′ Schiavi anticipates De Rose and puts a sharp ball in the small area of ​​the rosanero, but none of his teammates hit the ball.

The intensity in the evening match between the Vespas and the rosanero increases, around the middle of the first half the teams begin to increase the pace of the match. Brunori serves Silipo in the 33rd minute with a through ball inside the Gialloblu’s penalty area, at the moment of the conclusion, the 10th of Palermo is blocked by the home defenders.

Juve Stabia is still dangerous with crosses coming from the side lanes and managing to cut across the small area in front of the goal protected by Pelagotti. At 42 ‘Valente steals the ball from an opponent, after gaining a few meters he focuses with a body feint and kicks; central conclusion easily blocked by Sarri.

Shortly after the fourth official announces with the luminous scoreboard that there will be a minute of recovery: the last action of the first half sees Panico as the protagonist who kicks from the edge of the penalty area hit the ball badly. 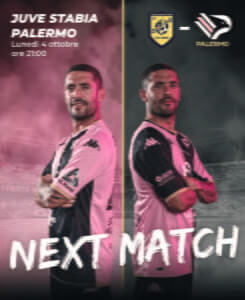 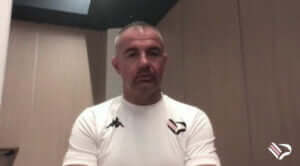 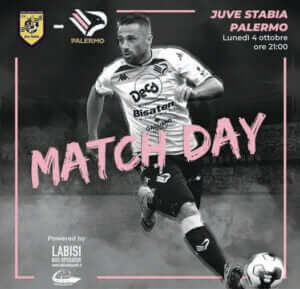 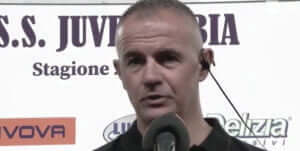 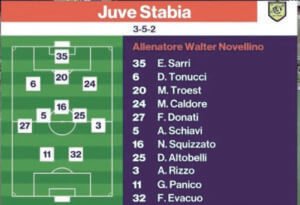 The teams return to the pitch, before the restart Filippi replaces Dall’Oglio with Luperini. The first ball in the second half is entrusted to the hosts, the match between Juve Stabia and Palermo begins again. At 53 ′ Silipo tries from a long distance, Sarri saves without too much difficulty.

A minute later, the Vespe technician Walter Novellino makes two substitutions: Caldore and Evacuo leave the field, giving way to Esposito and Eusepi. Subsequently, Palermo misused an important counterattack on the Silipo-Doda axis. At 58 ′ another change for the yellow and blue, Squizzato comes out and gives way to Berardocco. Filippi answers by replacing Fella with Floriano.

A minute number 60 Juve Stabia is dangerous first with Eusepi and then with a conclusion by Rizzo saved by Pelagotti. Floriano in the 68th minute touches the post with a flying shot from the left after an excellent cross from De Rose. Brunori also tries, this time from out of the air touching the pole to Sarri’s right.

There are still substitutions: Novellino gives space to Stoppa and Bentivegna in place of Schiavi and Panico; the coach of the rosanero changes the tip, Soleri enters, and Brunori exits. At 78 ‘another conclusion from outside the area, this time Berardocco kicks but the ball ends up high. Shortly after, Luperini tries from the edge of the opponent’s area, but the goal is not centered. In the 83rd minute, Silipo was unable to continue the match due to cramps, and Giron entered the field instead.

Juve Stabia on board in the final minutes of the match, while four minutes of injury time are announced from the fourth official’s luminous scoreboard. At 92 ′ twist in full recovery, Buttaro is expelled directly for a dangerous and harmful intervention against Altobelli.

PreviousArmando Zamparini - Rosanero with mourning on their arm in memory of at 21.00NextCoach Filippi before the 8th Match against Foggia
Back to top