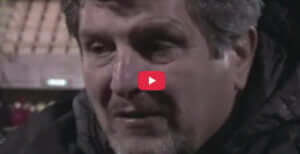 Highlights Catanzaro vs Palermo: Rosanero is back on the pitch again. After a month of stop in the championship between the Christmas break and the increase in infections from Covid-19, the rosanero club faces Catanzaro, starting at 21.00, in the match valid for the 23rd day of the Serie C group C. away from the “Ceravolo” stadium Silvio Baldini, the new coach of the team of the Sicilian capital who replaced Giacomo Filippi now 30 days ago, makes his debut.

Among the difficulties of the Tuscan coach that arose due to a Coronavirus outbreak within the Palermo team group, the rosanero lined up against the Calabrians with a 4-2-3-1. This module, in fact, was the one on which the new technical guide of the Sicilians worked, between ups and downs, since he took his place on the bench of the Viale del Fante club. Soleri is the striker chosen by Baldini, with the new signing Felici immediately deployed as owner. Massolo goes to goal for the disqualification of Pelagotti.

Before the start of the challenge, a minute of silence is respected due to the disappearance of Gianni Di Marzio in recent days. The first ball of the match is entrusted to the visiting team, who attack from right to left after the match director’s kick-off. At 4 ′ the first thrill of the challenge is caused by the Calabrians who hit, almost luckily, the pole to the right of Massolo with a conclusion from outside the area by Welbeck on the development of a corner.

The following minutes of the challenge are characterized by some phases of study by both teams, with few dangerous actions created by the two teams. At 19 ′ Bayeye fits well between the rosanero’s shirts in the right lane, his cross in the penalty area is not precise, however, and is removed from the rosanero defense.

There are few noteworthy actions after about 30 minutes of the match. The game is quite balanced and both teams try to impose their own strategy. However, several players are often inaccurate and do not make the most of the offensive game phases in their favor. The last minutes of the first half of the match follow the same rhythm as the previous ones. The fourth official announces two minutes of recovery with the luminous scoreboard, at the end of which the partial result remains at 0-0. 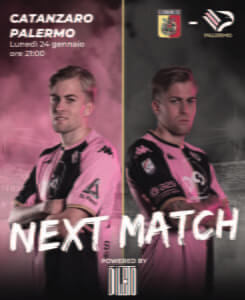 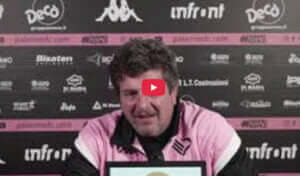 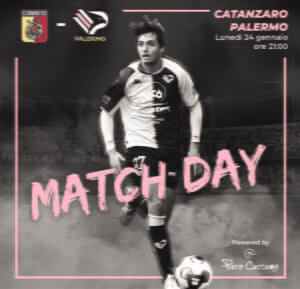 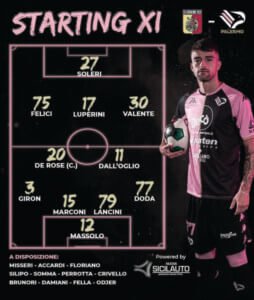 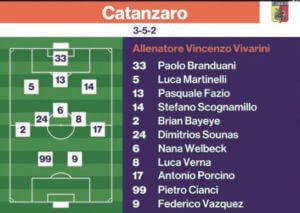 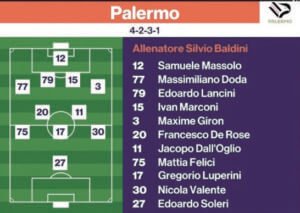 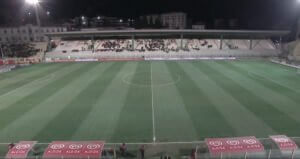 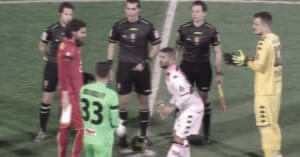 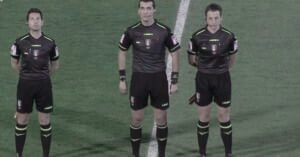 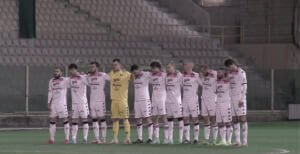 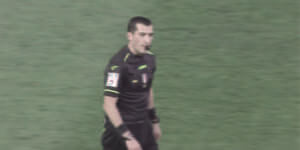 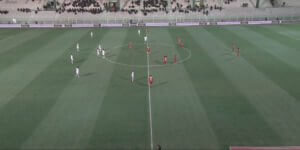 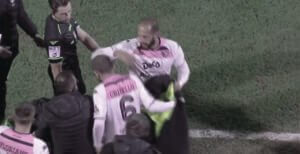 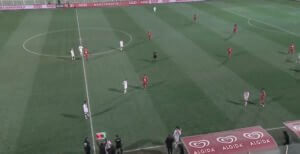 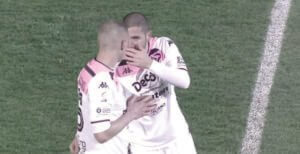 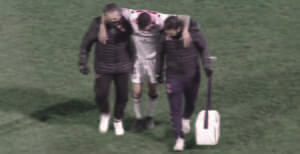 Teams back on the pitch, in the second half, beat the hosts. The challenge of the “Ceravolo” stadium starts again. At 52 ′ Valente fits well among the defenders of Catanzaro and is served with a slightly high cross from Luperini, the number 30 of the rosanero does not manage to impact the ball with his head. 59 minutes, Luperini gains a few meters ball and chain and tries the conclusion from outside the area, Branduani saves without difficulty. At 61 ‘Vivarini made the first substitutions: Porcino and Sounas leave the field and give way to Bombagi and Carlini. The hosts begin to become more dangerous in the last minutes of play, thanks to the entry of fresh players onto the pitch. At 69 ‘Vazquez also comes out and Biasci enters.

At 72 ‘first changes also for Palermo. Giron and Felici exit and Crivello and Floriano enter their place. Three minutes later Luperini starts the restart of the rosanero, at the edge of the penalty area Soleri serves the ball and tries the conclusion without hitting the goal. At 77 ′ Dall’Oglio is forced to leave the field after a game clash in which he had the worst; Moses Odjer enters his place. Shortly after Luperini touches the euro goal from midfield with Branduani who sends the ball for a corner over the crossbar. In the 82nd minute, the last substitutions for Baldini: Damiani, new signing of the rosanero, and Brunori in place of Luperini and Soleri go to the field.

A couple of minutes later he leaves the Welbeck field and Cinelli enters. Minute 85, De Rose finds Brunori vertically who stops the ball and kicks at the goal from a few meters without being able to find the goal. At 90 ‘, while Palermo has been defending itself for several minutes from Catanzaro’s offensive actions, the fourth official signals 5 minutes of recovery. At the end of the extra time, the result remains locked, Catanzaro-Palermo ends 0-0.