The rosanero take the field again with 3-4-2-1, but Filippi varies some elements. In defense, given the absence of Lacnini stopped by the sports judge, it is Perrotta’s turn, who will lead Buttaro and Marconi. In the middle captain De Rose will be joined by Dell’Oglio, with Luperini advanced in the trocar alongside Fella; in the role of sole striker Brunori.

The Calabrians, on the other hand, confirmed the 3-5-2 which allowed him to win the first championship game and draw the other two. Among the Giallorossi stands out the presence of the former squad Gabriele Rolando, but also of Federico Vazquez who has a lot of experience in Serie C and can make a difference. 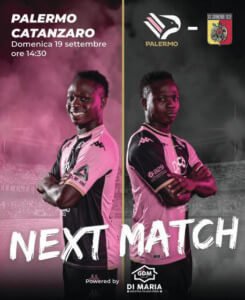 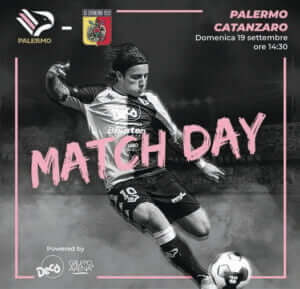 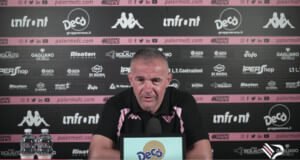 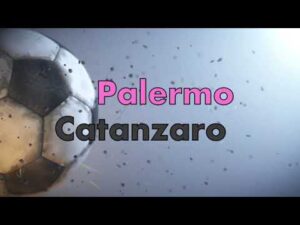 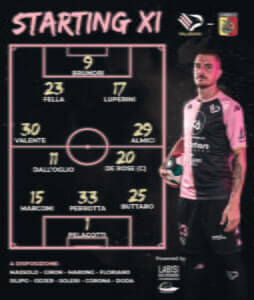 The first ball of the match belongs to the guests who, in full red and yellow inserts, will attack from left to right; from right to left, instead, the hosts with the rosanero shirt, shorts, and black socks. The first chance of the match for Palermo in the 5 ‘, Brunori, served by De Rose who had been good at anticipating the opponent, kicks from outside the box, but his shot goes off beyond the baseline to Branduani’s right. Catanzaro now tries patiently to manage the ball, hoping to find an opening to hurt the rosanero rearguard.

Dangerous punishment for Palermo. At 12 ‘Brunori is stopped irregularly by Carlini who receives the call of the race director. Dall’Oglio takes charge of the punishment, but he hits the barrier. The guests took advantage of it and immediately started on the counterattack thanks to the launch of Branduani, good at catching Vazquez who is lucky in the rebound with Marconi and serves Carlini, who crosses in the center of the area, but the ball is removed immediately.

Luperini’s ball retrieval at 18 ‘, the midfielder serves Brunori good at slipping away and serving Dall’Oglio who came from behind, the former Catania crosses, but the ball is deflected and the rosanero ask for a penalty kick for alleged hand touch, but for the referee is all right. A few seconds later De Rose with a long ball serves Brunori inside the area the attacker tries a diagonal that passes a few centimeters from Giallorossi’s goal.

At 20 ‘yellow for Verna. The number 8 of the Calabrians tries to stop Dall’Oglio launched towards the area, but he does it irregularly for Mr. Cascone there is no doubt he is yellow. The free-kick is kicked by Almici, but the aim is off.

Cooling break at 24 ′ given the particularly high temperatures, after 1 ′ break you will resume playing. At 29 ′ the guests are dangerous with Verna good at crossing in the center of the area, the rushing Carlini does not arrive on the ball but Pelagotti who is careful in the low exit and blocks the ball. At 30 ‘Valente tries to break through on the left out and Carlini must resort to strong manners to stop him. Marconi in the 34th minute gives Catanzaro a corner kick; the defender all alone misses the stop and the ball goes off beyond the baseline.

Cross of Catanzaro at 39 ‘. Corner kick for Catanzaro, Brunori spits with his head and allows Fella to intervene on the ball. The former Avellino could unload for Perrotta but he is stubborn and misses the control favoring Catanzaro, who reaches the cross from the back, De Rose somehow moves away but serves Carlini who hits the crossbar. On the restart, Scognamillo lands in an impetuous manner Brunori and is cautioned.

Penalty for Palermo 45 ‘. De Rose serves Dall’Oglio who advances undisturbed and kicks towards the door of Catanzaro, Branduani rejects favoring Brunori who is brought down by Rolando in a naive way. The number 9 rosanero takes charge of the same joke and displaces the Calabrian extreme defender who dives to his right, but the ball hits the post and goes off to the bottom. The first portion of the game ends with the result of 0-0.

The challenge restarts with a change in the ranks of Palermo. The rosanero replace Almici with Giron. Brunori’s cross in the middle at 2 ‘of the second half, the striker tries to serve the rushing Fella who, however, is slightly late and fails to hit the ball. Palermo took the lead with Fella in the fourth minute of the second half, but everything needs to be redone because the former Avellino was in an offside position at the time of Luperini’s launch.

A double change in Palermo at 58 ‘, Filippi sends Odjer and Soleri on the field for Luperini and Brunori. The latter, despite the wrong penalty, comes out to the applause of Barbera. With this move, Dall’Oglio advances a few meters and will fill the role of attacking midfielder.

Very occasional Palermo. Soleri receives the ball from Giron, crosses in the center of the area where Dall’Oglio is, who is stopped by Branduani and Porcino. The Calabrian goalkeeper remains down with a small physical problem but seems to be able to recover easily. A double change in the ranks of the Giallorossi who send Bombagi and Tentardini on the field for Vandeputte and Porcino. In the meantime, the “Silipo” chorus rises from the stands, but Filippi at the moment does not seem willing to send the young talent onto the field.

At 35 ‘of the 2nd half, Palermo is dangerous with Odjer. The former Trapani, after the short retort of the host defense, collects the ball but fails to give the right round to the same that ends out. The two teams are now very long and are paying for fatigue. Sparks on the pitch between De Rose and Martinelli, but the referee intervened and immediately calmed the spirits.

It ends 0-0 between Palermo and Catanzaro. Neither team can prevail over the other. The biggest regret may be the hosts who missed a penalty with Brunori in the first half.