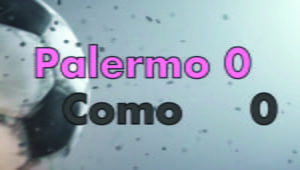 Palermo Como 08/12/2022: On the day of the Immaculate Conception, tries to give a decisive turn to their championship, Rosanero will face the obstacle Como which is looking for the first external leap of the season.

First ball of the challenge, managed by the home team. In the 5th minute the first conclusion from the Lombards arrives with Cutrone who tries with his left foot to surprise Pigliacelli, but the conclusion is weak.

A very strong start by the hosts who hit the post in the 10th minute with Mateju, the former Brescia head, after a corner kick, hit the post, with the Lombards forced to take refuge again in the corner.

From the next corner kick, double chance for Brunori who kicks with a sure shot twice, seeing the ball rejected by Vigorito. The Lombards, however, don’t stand by and try to make themselves dangerous with Mancuso in the 12th minute; the attacker casse ’92 is launched on the net but Di Mariano intervenes who unbalances just enough to allow the attacker not to kick well.

After a crackling start by the hosts, the rhythms have dropped slightly. In the 23rd minute Moreno Longo’s men were dangerous; Cerri jumps Bettella serves at the near post Cutrone who tries to turn around but sends to the outside of the net.

Counter-attack led by Brunori in the 29th minute, the rosanero captain, however, losing time and being closed by two opposing defenders, at which point he decides to serve Sala who firstly crosses in the center where Segre is, the Torino school midfielder tries the goring which, however, does not create problems for Vigorito.

Como very dangerous in the 33rd minute; Cutrone serves Mancuso positioned on the center-right, the former Empoli focuses slightly and tries a left-footed shot that hits the post to support the net, but for Pigliacelli a great thrill.

Sala’s perfect descent in the 38th minute, the number 3 reaches the back, a low cross is needed for Brunori who plays from the side for Vido who kicks with first intention but without strength and the Lombards’ goalkeeper blocks without problems.

Como shows up in Palermo’s half-field in the 44th minute. Ball cut for Cerri positioned in the area, the former Cagliari unloads for Cutrone who kicks with first intention but is not very precise, and the ball goes high.

The teams return to the field with the same twenty-two that completed the first part of the match. Palermo restarts, pushing on the accelerator. In the 52nd minute, Sala made a low cross from Sala which was sent into the corner.

A minute later Sala crosses again from the left, Segre heads the ball and hits badly and sends high. Gomes’ mistake in the 63rd minute, the midfielder serves a horizontal pass but makes a mistake and serves Cutrone who reaches the edge of the area, serves Da Riva who sees Mancuso free and serves him, the former Empoli tries a right-footed shot that goes wide.

Corini draws from the bench in the 64th minute and makes a triple substitution by sending Saric, Broh and Valente into the fray for Vido, Segre and Damiani. Another big mistake from Palermo, this time it’s Mateju who pushes too far in the midfield, is pressed and is in trouble.

Longo also draws from the bench and to create more dangers he removes Cutrone, up to now evanescent, and Blanco is missing on the pitch. Yet another cross from Sala in the 78th minute, the winger serves Brunori at the near post, the attacker controls and turns around but sends out. Palermo restarts in the 80th minute, Soleri widens for Brunori who kicks with his right foot from a tight angle, finding Vignali to oppose him with his body.

Dangerous Stulac in the 89th minute, who kicks from outside with his left foot but sends the ball high. There will be 4 minutes of recovery. There is no more time, balance reigns between Palermo and Como and the two teams share the stakes.