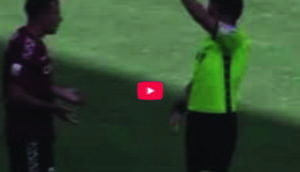 Reggina vs Palermo Highlights Serie BKT: Palermo returns to the field to find ready redemption after the fall of the Barbera “fort” against Bucchi’s Ascoli.
Pippo Inzaghi’s Reggina awaits the squads in the match valid for the fourth matchday of Serie B at the “Granillo” stadium in Reggio Calabria.

The teams enter the field, hosts in amaranth jerseys and black shorts while the rosanero wear the third entirely white kit inspired by Santa Rosalia. The kick-off of the match is entrusted to Reggina, with the squad attacking from left to right. Referee Massimi whistles the start of hostilities: Reggina-Palermo begins.

Competition at a very high pace from the very first minutes, with both teams constantly pressing and overlapping from one side of the pitch to the other. After just seven minutes Reggina took the lead with Fabbian, who was able to hit Cionek’s side with his head on a corner kick, reiterating the ball on the net.

After the cold goal of the hosts, Palermo tries to react to find the equal, Reggina on the contrary manages with an order by lowering the pace. At 18 ′ Reggina still scoring with Rivas on a splendid assist from Menez but the referee cancels everything for offside, a choice also confirmed by the VAR. A minute later the first yellow of the match for Pierozzi for a foul on Di Mariano at midfield height.

The squads try to push on the accelerator and at minute twenty-five Segre, with a header, just misses the door on an assist from Di Mariano. In the moment of possession in favor of the rosanero, the referee whistles the cooling break to allow the two teams to refresh themselves given the high temperatures. At the resumption of hostilities Di Chiara “hugs” Elia too conspicuously and the referee penalizes the amaranth player with a yellow card, the second of the match.

In this phase of the match, it is certainly Palermo that plays the game, in full control of ball possession and interesting plots to try to unhinge Reggina’s defense who, on the contrary, are waiting for the squad in containment trying to restart with fast counterattacks. At the thirty-eight minute third yellow card in the ranks of the hosts, this time Canotto was sanctioned for foul on Di Mariano in the progression towards the amaranth trocar. After three minutes of recovery the first part of the match ends, with the result of 1-0 for Reggina thanks to the Fabbian goal after only seven minutes.

The referee whistles at the start of the second half of the match, a change for Reggina at half-time with Camporese taking the place of the yellow card Pierozzi. The hosts start strong and immediately go very close to doubling with a choral action, the ball reaches Rivas in the area but Buttaro makes a great intervention by deflecting the ball towards the goal.

At the fifty-three-minute first change for Palermo, outside Saric for physical problems and inside Damiani. The squads push and go twice close to the net, first with a header by Di Mariano just outside and then with Brunori, a series of conclusions and rebounds for the Italian-Brazilian that do not materialize in concrete dangers for the goalkeeper Colombi.

At the fifty-eight minute, Reggina found the goal of doubling: Menez’s masterpiece who received the ball from Rivas in two touches discarded the scorer and concluded to cross in the seven for the 2-0 of the hosts. Meanwhile, I change between the ranks of amaranths with Cicerelli who takes the place of Canotto. Two minutes later direct red for Cionek, a bad foul on Di Mariano who is sanctioned with expulsion. Inzaghi, with one less man, sacrifices Menez to insert Loiacono in defense and replaces Majer with Liotti.

Change, at minute sixty-eight, also for Palermo: out of Segre and Mateju, in Floriano and Sala with the move to 4-2-3-1 to try to reopen the match with the extra man. A cooling break in the meantime was whistled by the race director to allow the teams to catch their breath.

At the seventy-three minute, Reggina drops the trio with Liotti, a winning tap-in for him in the small area on an assist from Cicerelli on whom Pigliacelli can do nothing. Double change for the squad in the eightieth with Soleri and Vido, debut for him, who take the place of Elia and Di Mariano. The last substitution also for Reggina: out of Rivas, in Gori. In the eighty-four minute numerical parity re-established at the “Granillo”, the second yellow for Bettella for foul on Cicerelli in the amaranth trocar and red for the rosanero defender.

At the stroke of the ninetieth double chance for Soleri, first with a stop and shot at the far post that finds a deviation from the opposing rearguard and, on the resulting corner, with a central header blocked without problems by Colombi. After five minutes of injury time, the referee whistles the end of the hostilities, with Palermo remedying the second consecutive defeat at the hands of Reggina with a 3-0 final round.