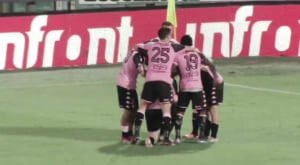 PALERMO – After the 3-0 defeat at Turris, Palermo is looking for redemption, but in front of them will have a Virtus Francavilla back from the home draw against Catania. Filippi knows he plays a lot in this challenge and changes something in defense by proposing from the beginning Buttaro back from suspension, Valente on the left fielder, and Soleri forward, with Silipo and Fella behind him. Virtus fielded the former rosanero, Toscano from the first minute.

The first ball of the match is from the guests who will attack from left to right wearing the usual white and light blue striped shirt, white shorts, and socks, from right to left, instead, the Palermo. Departure at a high pace by both teams trying to put the race downhill. Soleri is landed at 5 ‘by Pierno and the pinks earn a free-kick at the height of their bench. From the developments of the same Valente crosses in the center for Doda, but the full-back is not precise with his head and sends high.

First shot on goal by the guests at 9 ‘with Perez kicking from outside, forcing Pelagotti to dive and deflect. The match starts and the hosts, pushed by their fans, are looking for the right opening. At 11, Peretti’s excellent closing, anticipating Ventola launched towards the goal defended by Pelagotti. Yet another free-kick for the hosts in the 13th minute which, after a beat and replies, ends with a stalemate and the postponement by Nobile.• “Tedino excellent job – Three consortiums on Palermo”

At 21 ‘the first yellow card of the match was received by the attacker Ventola who intervened irregularly on Silipo from the ground. They still push the hosts looking for the way of the goal, but the opponents’ shirts are closed. At 24 ′ De Rose tries it from the outside of the first intention, finding the rejected by Virtus that starts again in speed.

At 27 ‘he tries from outside the area with the left Silipo, but Nobile easily manages to make the ball his own. Palermo in ten at 31 ‘. Perrotta tries to anticipate Pierno but enters recklessly with the leg raised and leaves him outnumbered. Filippi, waiting to decide the change, ranks 4-4-1, lowering the outside midfield in defense and the attacking midfielders will play the outside midfield. At 37 ′ Luperini takes the place of Fella and now the pinks will play with the 4-3-1-1. He tries, at 40 ‘, directly from a free-kick Silipo, but the ball ends up high.

There will be 2 minutes of recovery in this first portion of the game. Soleri tries to create some danger and jumps Miceli who lands him in a foul way and receives the yellow. The free-kick is entrusted to the feet of Valente which creates some difficulties for Nobile forced to reject on the feet of Luperini, the number 17 has the possibility to carry on his but sends to the stars by opening the right platter too much. 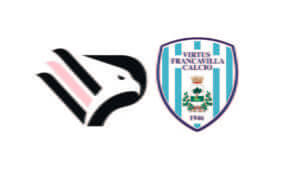 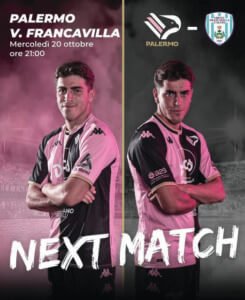 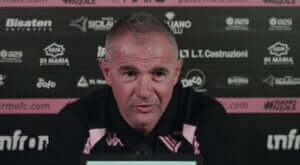 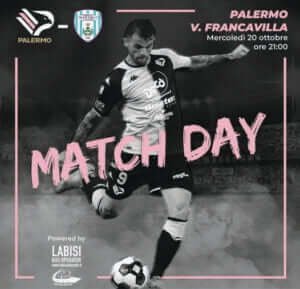 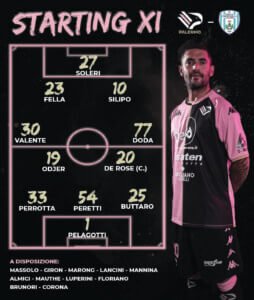 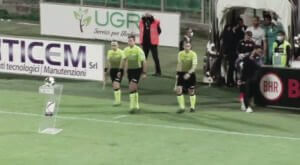 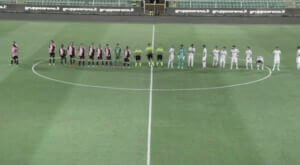 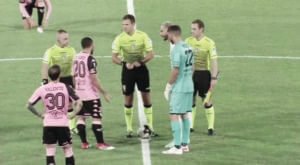 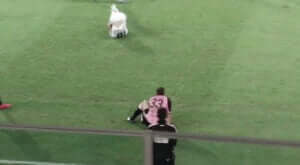 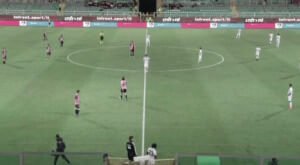 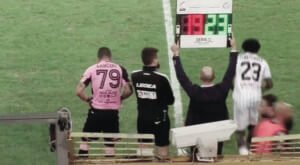 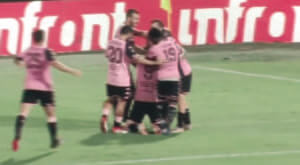 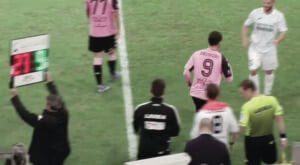 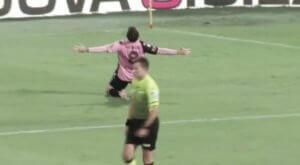 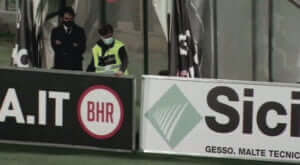 One change on each side. Virtus Francavilla misses Tchetchoua for Prezioso and Palermo Lancini for Peretti. Thrill for Pelagotti at 51 ‘, Miceli kicks from outside, the ball is deflected, and passes a few centimeters from the post. The guests are still dangerous in the 53rd minute, a perfect opening for Ingrosso who crosses in the center and the ball crosses the whole area without anyone being able to intervene.

Filippi still fishes from the bench and in the 55th minute, he sends Brunori to Soleri. Change also in the ranks of the guests, Taurino sends in the field Carella and Ekuban for Toscano and Ventola.

Palermo is ahead with Brunori in the 57th minute. Number 9 is quick to take advantage of a wrong retro pass by Caporale and after having easily skipped both Nobile and Idda. Corporal is desperate and puts his hands on his head. The Pugliesi now try to make up for the disadvantage but Palermo is galvanized and seems to have doubled their energy. Whistles for Taurino. The Virtus coach has something to say and throws a bottle and is kicked out.

Guests do not give up. Perez turns around in the area and tries to serve Enyan, but Luperini is very good at deflecting in a corner. Perez in the 87th minute has something to say to the referee and receives the yellow card, but continues to protest and receives the red card, even the white and blue will play for the final minutes in ten.

The goalkeeper Nobile was also sent off. The goalkeeper ventures into an exit far from the posts and in a slide touch the ball with his hands, so it’s red for him. The Apulians have no more changes and will go to goal, for the final minutes.

PreviousPalermo F.C. Sports Center in Torretta - 2021NextCoach Filippi before the 11th Match against Vibonese
Back to top