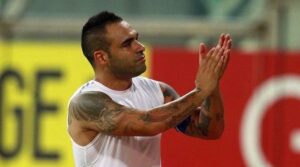 Fabrizio Miccoli, former striker and captain of Palermo, will have to serve 3 and a half years in prison for extortion aggravated by the mafia method. This is the definitive sentence for the Romario del Salento, for which there are no alternative measures to detention behind bars, taken by the second section of the Cassation.

Miccoli was set up by wiretapping and is responsible for having commissioned Mauro Lauricella, son of Kalsa boss Antonino “u scintilluni” – already in prison to serve a 7-year sentence – the task of recovering 12,000 euros from Andrea Graffagnini, to once owner of the “Paparazzi” disco in “Isola delle Femmine”, on behalf of the ex Palermo physiotherapist Giorgio Gasparini, who in turn asked Miccoli for help.

The supreme court had expressed itself against Lauricella junior last October and immediately afterward the son of the mafia boss presented himself at the Voghera prison to serve the 7-year sentence for aggravated extortion.

Behind the story was the takeover of a nightclub in “Isola delle Femmine”, the “Paparazzi”. Graffagnini initially did not want to recognize the claims of his counterpart, from which he had taken over the ownership of the nightclub, of which the former rosanero defender Andrea Barzagli had also been de facto co-owner. For this Gasparini would in turn to Miccoli.

And the latter had involved his friend Lauricella with whom he often met when he was still wearing the Palermo shirt. After a series of discussions and even a meeting in the back of a tavern in the Kalsa, Graffagnini was finally persuaded to pay 7,000 euros, of which 2,000 were actually cashed.

Only a part of his alleged debt, but which in any case for the accusation was enough to configure the crime of extortion aggravated by the mafia method. But the wiretapping had revealed something else as well, the real issue of the affair. Listening to the dialogues of Lauricella junior in the attempt, which was later successful, to reach the then fugitive “scintilluni” father, the investigators recorded a heavy sentence from Miccoli. 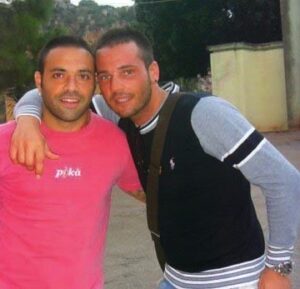 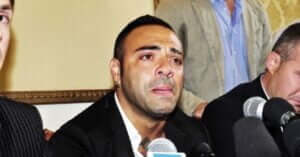 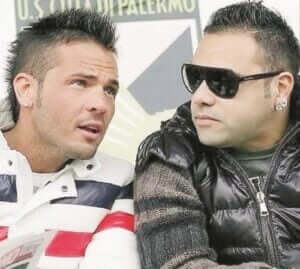 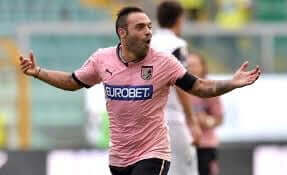 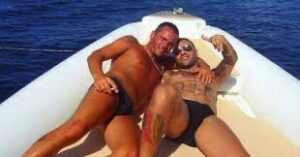 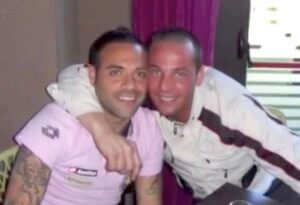 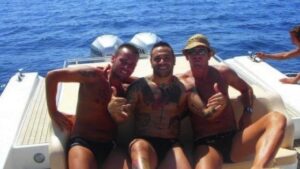 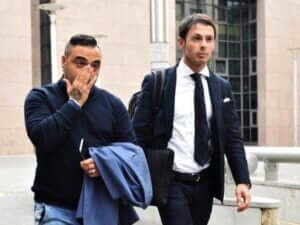 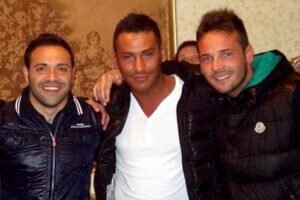 The player was waiting for his friend from via Notarbartolo, near the house where he lived, he said, “that mud of Falcone”. Words of which Miccoli then publicly repented, even starting to cry. Fabrizio Miccoli, the former Palermo player definitively sentenced to 3 years and 6 months in prison for extortion aggravated by the mafia method, was handed over to Rovigo prison at around 1 pm.

The decision was made by the judges of the second criminal section of the Cassation, confirming the January 2020 ruling of the Palermo Court of Appeal. Miccoli was accompanied to prison by his lawyer Antonio Savoia who complained about the dissemination of news concerning his client even before he was notified of the execution order. “He’s a broken man,” commented his lawyer.

The decision to appear in the Venetian prison and not in Lecce, the city where he resides with his family, from what we have learned, is attributable to the desire of the former football player to “stay as far away as possible from everything and everyone”.

Fabrizio Miccoli (Nardò, June 27, 1979) is a former Italian footballer, with an attacking role.

He wore the shirts of Casarano, Ternana, Perugia, Juventus, Fiorentina, Benfica, Palermo, Lecce, and Birkirkara, winning an Italian Super Cup in 2003 with Juventus and a Portuguese Super Cup in 2005 with Benfica.

He has scored more than 200 career goals, 81 of which with Palermo, a team of which he is the best scorer of all time and the best goalscorer in Serie A with 74 centers. He is also the player with the most appearances in the top flight of the rosanero, 165. With the Perugia shirt, he was the top scorer in the 2002-2003 Italian Cup.