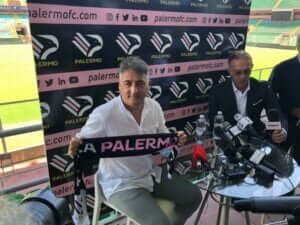 The ex Palermo coach R. Boscaglia
has been officially exonerated

The president of Palermo, Dario Mirri, has officially exonerated the coach Roberto Boscaglia. This was announced by the same company through a press release. After today’s defeat against Viterbese, the club has formalized the disengagement from the rosanero bench.

“Palermo FC announce that they have relieved coach Roberto Boscaglia from his post. The technical leadership of the First Team was entrusted to the coach Giacomo Filippi. The rosanero will go into retreat tomorrow to continue their preparation for Wednesday night’s match in Catania ”.