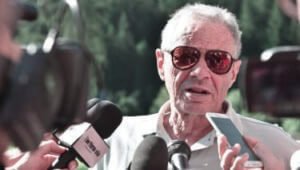 Maurizio Zamparini, the former president of Palermo has died.

It’s bad to wake up and get noticed that the Friulian businessman Maurizio Zamparini, died around 2 in a clinic in the province of Ravenna where he had been hospitalized for a few days. With him the most exciting pages in the history of rosanero football up to the slow decline that led to legal events and the bankruptcy of the company.

The former president of Palermo Maurizio Zamparini died this night around 2 am in the Cotignola clinic, in the province of Ravenna, where he had been hospitalized for a few days.

At Christmas, Zamparini had been hospitalized in intensive care in Udine for peritonitis. He had returned home after a few days, but his condition had recommended a new hospitalization. Death tonight.

Zamparini was born in Sevegliano del Friuli, he would have turned 81 in June.

After being president of Venezia, which he had brought to Serie A, the Friulian entrepreneur had bought Palermo becoming the most successful manager in rosanero history. Under his management, Palermo had won promotion to Serie A which had been missing for thirty years, and had then obtained qualification for the Uefa Cup and subsequently for the Europa League.

Many champions have worn the Palermo shirt over the years, some of which have been found directly by Zamparini himself. Players of the caliber of Cavani, Toni, Amauri, Miccoli, Pastore, and, lastly, Paulo Dybala.

After the golden years, the slow decline had begun, culminating in the judicial events that had led to the arrest of Zamparini himself and the bankruptcy of the rosanero club, which then restarted from Serie D.

In recent months Maurizio Zamparini had been struck by the tragedy of the death of his son Armando found dead in his home in London.

PreviousHighlights Palermo vs Monterosi / 24th match Lega ProNextMr.Baldini, Conference before the derby against Messina ACR
Back to top