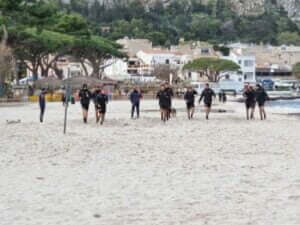 The Baldini era has begun: yesterday morning swabs for everyone and in the afternoon the first training session at Tommaso Natale’s Sports Village. The new Palermo coach has started to thrive, with the intention of immediately creating a rift with respect to the recent past. To continue pursuing the dream of promotion, a different Palermo than the one seen so far will be needed, especially away from home.

Baldini knows this: it is a question of approach and mentality, not just of technique and tactics. What makes the difference in this second round could be the performance that Palermo will be able to keep away from Barbera. For 2 reasons: first, because in the first part of the season the rosanero collected very little, often making a mistake in the topical moments; second, because Palermo will play almost all the direct clashes away from home and considering the current classification is clogged, to say the least, behind Bari to get a good placement also in terms of playoffs, it will be crucial to do well, especially against direct competitors.

Training for the Palermo F.C. players, the first with the new coach Silvio Baldini, resumed in the Tommaso Natale Sports Village field. The players found themselves on the pitch with the new technical guide, also in the presence of the assistant coach Mauro Nardini and the goalkeeper trainer Stefano Pardini, as well as the mental coach Nicola Colonnata. For the whole group, general reactivation and small exercises with the ball for a gradual recovery of the athletic and tactical regime.

In the morning, the players had presented themselves individually to the field for the anti-covid tests provided for by the federal protocols, which gave negative results for the whole squad, except for a player returning from central Italy, immediately placed in quarantine in his own domicile. The case of a positive swab found today is added to that of another player who had already tested positive in recent days and for this reason has not yet returned to Palermo.

15 new positives among the Palermo players

The cycle of molecular swabs to which Palermo players and staff underwent today, following the cancellation of the scheduled training, gave a positive result for fifteen players and three staff members, in addition to the two positive players already communicated in precedence. All those concerned have retired to quarantine in their homes, while the players who have negative results remain available for the next scheduled training sessions, always in compliance with all health regulations in force.

Mattia Felici is a player of Palermo. The young Roman footballer, who returns to the rosanero after his first Palermo experience in the 2019/2020 championship in Serie D, performed all the medical tests and followed the anti-covid procedures in the morning and is already available to Mr. Baldini today.
Felici arrives at Palermo from Lecce, with the two-year loan formula with the right of redemption and counter-redemption.

To Mattia the welcome back to Palermo by president Dario Mirri and the whole family of Palermo F.C.