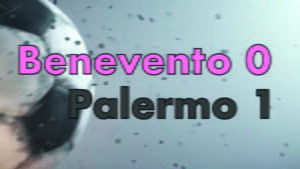 Benevento Palermo 04/12/2022: The Palermo coach Corini confirms the 4-3-3 but opts for some changes in the interpreters in view of the tour de force arriving in the next few days.

Kick-off scheduled for 18:00. First ball of the match entrusted to Palermo, in an all-white away kit, who attacks from left to right. The referee whistles the start of hostilities: Benevento Palermo begins. Good start for the hosts, on the pitch in a red and yellow shirt and black shorts, lined up with a very unscrupulous 4-3-3 and very intense pressing.

The first ten minutes of the match with Benevento in control of ball possession, with Palermo very compact in the defensive phase and careful in rejecting the many crosses entering their penalty area.

Emotions are lacking at the “Vigorito di Benevento, with the landlords unable to optimize possession with real goal chances and the squads who, on the contrary, manage to defend in order and get out of the first pressing opponent but struggle enormously to make themselves dangerous ahead.

In the 32nd minute the first card of the match: yellow for Gomes who, after an alleged foul intervention against him not sanctioned by the referee, protests vehemently by remedying the yellow card. Palermo slightly growing in this final part of the first half, with longer teams and more spaces not capitalized however by Corini’s men.

In the 37th minute, a shy opportunity for the hosts with Forte who, from inside the penalty area, ends towards the goal, however finding the deviation for a corner by Nedelcearu. In the 40th minute, Benevento first real goal of the match with a dangerous left-handed conclusion from Acampora that touches the post to the left of Pigliacelli.

Palermo replies a minute later with Brunori who talks with Sala and concludes, however, not finding the goal defended by Paleari. No added time at the “Vigorito”: the referee Baroni whistles the end of the first half between Benevento and Palermo.

The two teams return to the field to start the second half, with no changes on either side at the moment. The referee whistles: Benevento starts the second half of the game. In the 50th minute, the first yellow card also among the hosts, Viviani sanctioned for dangerous play on Damiani.

Palermo’s goal in the 54th minute! Very good Gomes to snatch the ball from Viviani and to restart the squad with Benevento completely unbalanced forward, the ball for Brunori who flies into the area and pierces a not flawless Paleari for the rosanero advantage. In the 59th minute triple substitution, the first of the match, for Benevento: Viviani, Farias and Forte out, Schiattarella, Tello and Simy in.

Another change in the ranks of the hosts, in the sixty-sixth minute, with Kubica on the field in place of La Gumina who stopped due to a physical problem. In the 68th minute, the first substitution also for Palermo: Damiani out, Broh in. In the 69th minute, a sensational play by Brunori: the Rosanero striker sees Paleari off the posts, shoots practically from midfield directly towards the goal and hits the post right in the middle of the beaten goalkeeper.

In the 72nd minute new physical problems for Sala forced to leave the field in favor of Crivello, space also for Vido who takes Valente’s place. Benevento seems to have suffered the blow from Palermo’s goal, which arrived in the first real goal chance for the rosanero up to that moment, and fails to make itself dangerous in Pigliacelli’s parts.

Corini’s men, on the other hand, manage the advantage carefully and in an orderly manner, trying to strike on the counterattack as happened with the opening goal. In the 78th minute Broh was given a second yellow card for the squad for dangerous play on Schiattarella. More changes, at minute eighty-one, between the ranks of Palermo: out Brunori and Di Mariano, in Soleri and Marconi. Benevento also completes the substitutions, in the 84th minute, with Pastina taking the place of Leverbe.

With the latest changes made by Corini, the pinks cover themselves with a five-man rearguard and two “physical” strikers like Vido and Soleri, with the task of keeping the ball forward to let the team breathe. In the eighty-eight minute yellow card for Kubica, sanctioned by the referee for dangerous play on Segre.

In the 89th minute Benevento was very close to scoring with Improta who, near the small area, managed to stop the cross coming from the left, but his light wide shot did not find Pigliacelli’s goal. In the 94th minute Soleri misses a sensational opportunity to close the match: Palermo counterattacks with Vido carrying the ball and serving Soleri only in front of the goal, the rosanero striker has time to stop and take aim but lets Paleari save his shot by missing the knockout blow.

A minute later another yellow card for Benevento this time for Tello, a dangerous game by the Giallorossi player on Vido ready to start again on the counterattack. At the end of the seven minutes of added time, the referee whistled for the end of the match: a very important away success for Palermo thanks to Brunori’s goal in the second half.