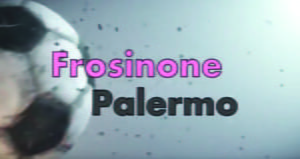 Frosinone Palermo, 6th Serie BKT 2022/23: Sixth day of the Serie B championship, four years after the playoff final now known as the match of the “balls in the field”. Frosinone and Palermo return to face each other at the “Benito Stirpe” stadium.

The teams take to the pitch on the pitch of the “Benito Stirpe” stadium. The first ball of the match is entrusted to the hosts who attack from left to right: the referee blows his whistle and the match begins. In minute 4 there is the first opportunity for Palermo with a lost ball in the middle of the field by Frosinone. Segre immediately serves Brunori vertically who runs towards the opponent’s goal, with a feint overtakes two defenders and is stopped by Turati’s rash exit on the legs of the rosanero number 9. Corini’s team asks for the penalty kick in a loud voice, but for the referee everything is regular.

The following minutes continue at a medium-high pace, Frosinone attacks and tries to become dangerous by exploiting all the side lanes, Palermo instead defends itself by closing the spaces and trying to hurt on the restart. At 12 ‘Lucioni, on a cross from a corner kick, hits the ball with his head directing it well towards Pigliacelli’s goal, but on the goal line, there is Brunori who manages to sweep the ball away. Halfway through the first half, the pace slows down and the opportunities, on both sides, begin to fail.

At 28 ′ Case receives the ball in the left-handed lane, points Nedelcearu, and tries to free the right which, however, is not precise and ends up high over the crossbar. The second part of the first 45 minutes of play is characterized by very low rhythms, many fouls, and few scoring actions created by both teams. At 36 ′ a shot by Kone from outside the area risks becoming dangerous due to a deviation by a teammate, the ball then goes off a short distance to the post to Pigliacelli’s right.

Four minutes later Saric also kicks from outside the area, worrying Turati who is unable to stop the ball with his gloves and loses it a few steps from the goal attacked by Brunori. However, the action was stopped by the match director due to the offside position of the number 9 of the rosanero. At 44 ′ Frosinone scores! On the counterattack of the hosts, Caso finds Luca Moro in the middle of the penalty area who stops the ball and kicks in the goal, beating Pigliacelli thanks also to a decisive deviation. After two minutes of recovery, the referee whistles twice and sends everyone to the locker room.

The two teams return to the field, before the resumption Mr. Corini replaces Marconi with Bettella. Immediately after the match director whistles at the start of the second half, and he beats Palermo. At minute 54 another change for the rosanero, Mateju gives way to Sala. A couple of minutes later the rosanero fans, from the guest sector of the “Stirpe”, force the referee to stop the game because they ironically throw balloons onto the pitch which end up on the pitch. The reference to the 2018 playoff final is evident. The match resumed a few moments later with an opportunity not exploited well by Di Mariano who receives the ball and kicks on the fly without hitting the goal. At 62 ′ Caso hits the post with a shot from the edge of the rosanero’s penalty area. Five minutes later Grosso sent Ciervo and Lulic to the field in place of Garritano and Mazzitelli.

Mister Corini responds with a triple change to shake up the match: Saric, Stulac, and Elia leave the pitch and give way to Soleri, Damiani, and Floriano. At 74 ′ Floriano focuses on the ball and finds with an illuminating vertical pass the insertion of Di Mariano who, face to face with Turati, kicks in the goal but has the conclusion blocked. At 77 ‘still, the number 10 of the rosanero tries the conclusion from outside the area that Turati blocks in two halves. A minute later Fabio Grosso sent Cotali and Oliveri to replace Frabotta and Kone. At 83 ‘another substitution for Frosinone, Moro comes out and Mulattieri enters his place. At 87 ‘Di Mariano finds Segre’s insertion in the penalty area, the number 8 hits his head all alone but does not hit the goal. The fourth official, at 90 ‘, announces with the luminous scoreboard that the extra minutes will be 5. Frosinone defends the result and tries to make the rosanero lose precious minutes by dirtying all the balls played by Corini’s team. After the extra time, there is no more time for the Sicilians. Frosinone-Palermo ends 1-0.