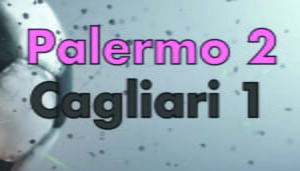 Palermo Cagliari 18/12/2022: Eugenio Corini’s Palermo, on the other hand, is back from three consecutive useful results, even if the last victory between the friendly walls dates back to November 5th on the occasion of the match against Parma.

Kick-off scheduled at 18.45. The teams enter the pitch and after the usual greetings, a minute’s silence is respected in memory of Sinisa Mihajlovic.

Afterwards, the first ball of the match is given to the away team, which attacks from right to left. The match director blows his whistle and the match begins.

After the first moments of the game, Cagliari made themselves dangerous with a header from Pavoletti in the rosanero area in the 9th minute, but the ball went high.

The guests manage ball and chain well, trying to cross the lines of Palermo to score. In the 18th minute, Nandez tries to finish from the edge of the area, the ball grazes the crossbar.

Four minutes later, Pavoletti also tries from a similar position, without hitting the goal. In the 31st minute Di Mariano tries to counterattack by jumping two men, but is stopped by Altare who lands him and gets yellow.

A few moments later Sala crosses from the baseline and Radunovic doesn’t hold the ball and sends it for a corner.

Following the development of the corner, Stulac is served who is fouled in the penalty area without leaving any doubts to the referee who points to the spot.

Brunori goes on the ball and displaces the Cagliari goalkeeper, giving Palermo the lead in the 37th minute!

Cagliari tries to react, but after the goal of the squad’s partial advantage, they are no longer able to have the same lucidity as in the first minutes of the game.

In the 46th minute, Sala, following an assist from Gomes, attempted a shot by touching the crossbar. After four minutes of added time, the match director sends everyone to the locker room.

The teams return to the pitch, the first ball between the rosanero’s feet. The restart of the match begins. In the 53rd minute, Palermo goes online again!

Corner kick for the pinks beaten by Stulac, Segre is good at jumping over the opposing defender by hitting the ball with his head and thus beating Radunovic for the second time.

Despite the double advantage, the rosanero continue to keep the ball in hand, also managing to create several important chances.

In the 62nd minute mister Liverani tries to give him a jolt and makes three substitutions: Falco, Zappa and Capradossi leave the field, giving way to Luvumbo, Viola and Dossena.

Mister Corini also responds with some changes in the 70th minute: Stulac and Segre leave the pitch and Saric and Broh enter.

The guests’ coach tries everything a quarter of an hour from the end and sends Carboni and Pereiro onto the field in place of Altare and Kourfalidis. Following Palermo also replaces Gomes who gives way to Damiani.

In the 81st minute Sala leaves the field exhausted, Devetak comes in for him; Brunori also comes out to the applause of the “Barbera” and takes over from Vido.

In the 85th minute, Palermo has the opportunity to drop the trio on the counterattack!

Broh carries the ball centrally, gives it to his right where Valente arrives who sees Di Mariano inserting himself on the opposite post, Radunovic is attentive however and denies the joy of the goal on the number 10s shot with a sure shot.

The fourth official, announces nine minutes of recovery. In the 95th minute, Cagliari reopened the match in extremis with a cross to Pavoletti, deflected by a teammate’s header, who all alone pushed the ball into the net.

Miraculous intervention by Piglliacelli a few moments from the end on a conclusion from the edge of the penalty area. After nearly 100 minutes of play, the referee blows his whistle three times! There is no more time